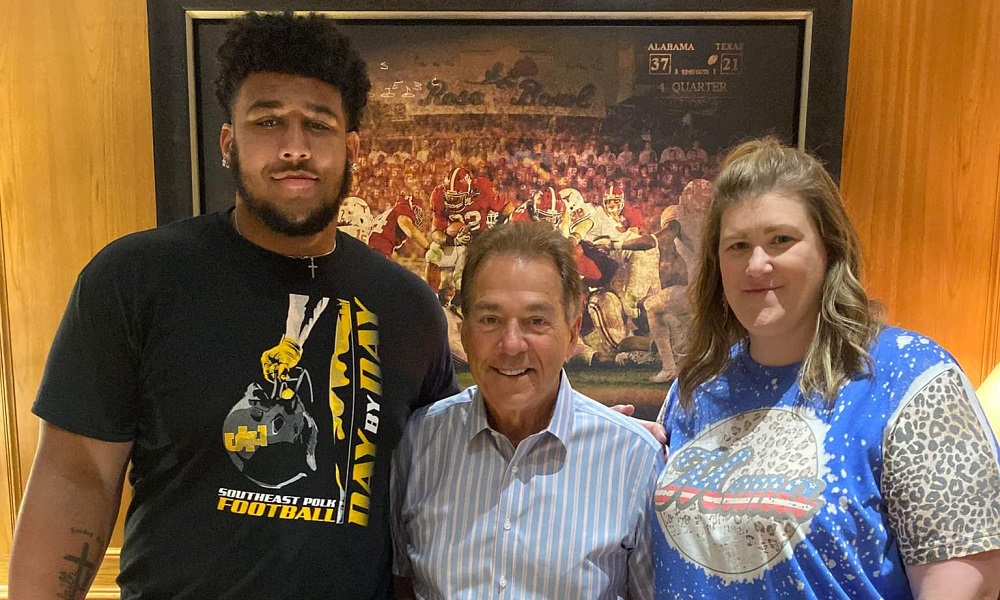 Kadyn Proctor announced Friday he will only consider Alabama and Iowa moving forward in his recruitment.

Proctor is a product of Southeast Polk High School in Iowa. He is rated as a five-star recruit on multiple recruiting sites, and he is arguably the nation’s top offensive tackle prospect. The Iowa product previously had official visits scheduled to Penn State, Oregon and Michigan. He revealed he canceled all three of those official visits in his Twitter announcement.

“I want to focus on my last high school football season, and these visits have made me miss countless workouts at school,” Proctor wrote. “I feel like the University of Iowa and the University of Alabama are my top two picks for now, as I have been to both places multiple times and have loved every second of both…It was hard to cancel these big opportunities like these, but I feel it was in my best interest to narrow down and focus on the ones I truly believe will get me to become better and put me on the right track for success.”