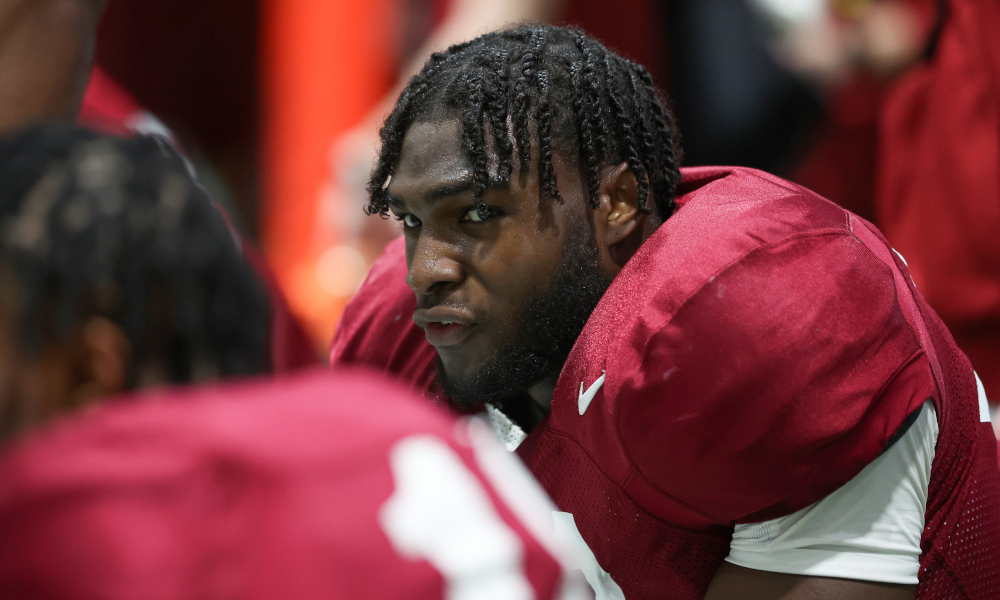 Will Anderson did not have the Heisman Trophy on his list of preseason goals for 2021, but the Alabama outside linebacker dominated college football.

He was a finalist for the coveted bronze award and should have been in New York City for the presentation. Anderson had one of the greatest performances for a Crimson Tide player in school history and college football history. He led the team and nation in sacks (17.5) and tackles for loss (34.5). As an edge rusher, Anderson finished with 102 total tackles, nine quarterback hurries (team-high), and three pass deflections. He won the Bronko Nagurski Award and was a finalist for the Dick Butkus Award.

RELATED: Dallas Turner shows ultimate respect to Will Anderson in growth as a linebacker: “I feed off him”

Anderson earned SEC Defensive Player of the Year honors and was voted a permanent team captain.

He guided the Crimson Tide to a conference championship and a Cotton Bowl victory, but he wants another national title. On Thursday, Anderson was on The Paul Finebaum Show. The junior has added a new goal to his list for this season.

Will Anderson Jr. says the Heisman wasn’t something he put on his goals list last season, but he ended up making a case to be a finalist.

This year, he’s putting the trophy on that goals list. pic.twitter.com/Ra2Hso1epS

Anderson will have stiff competition as his teammate and reigning Heisman winner, Bryce Young is back.

Young is trying to be the first player since Archie Griffin to repeat as a Heisman winner. Crimson Tide fans would love to see Anderson become the first defensive player since Charles Woodson (1997, Michigan) to win the honor.