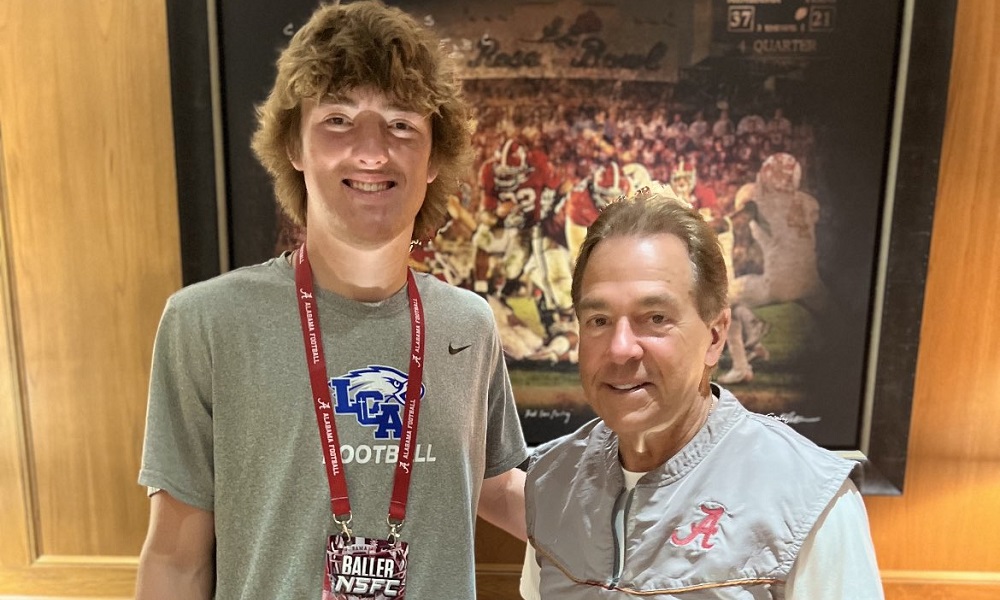 The Crimson Tide are the 11th D1 program to offer Boley. Nick Saban informed the Kentucky product of the offer in his office during the visit.

“I felt excitement and disbelief when I was told,” Boley told Touchdown Alabama. “I know I have the talent, and I have put in the work to be in this position, but it is still all very surreal. Alabama has been the top dog in recent years, and also the coaching staff, no one else in the country has a coaching staff as good as that.”

After meeting Saban and talking with him, Boyer said he was impressed with Saban’s character.

“I thought he was great, and I actually really liked his personality,” Boley said.

Boley currently stands at 6-foot-5, and he weighs approximately 200 pounds. As a freshman, he was able to display his touch and accuracy on medium and deep throws with his impressive release. He also maneuvered around the pocket well.

The 2025 prospect said he feels he would fit into Alabama’s offensive scheme.