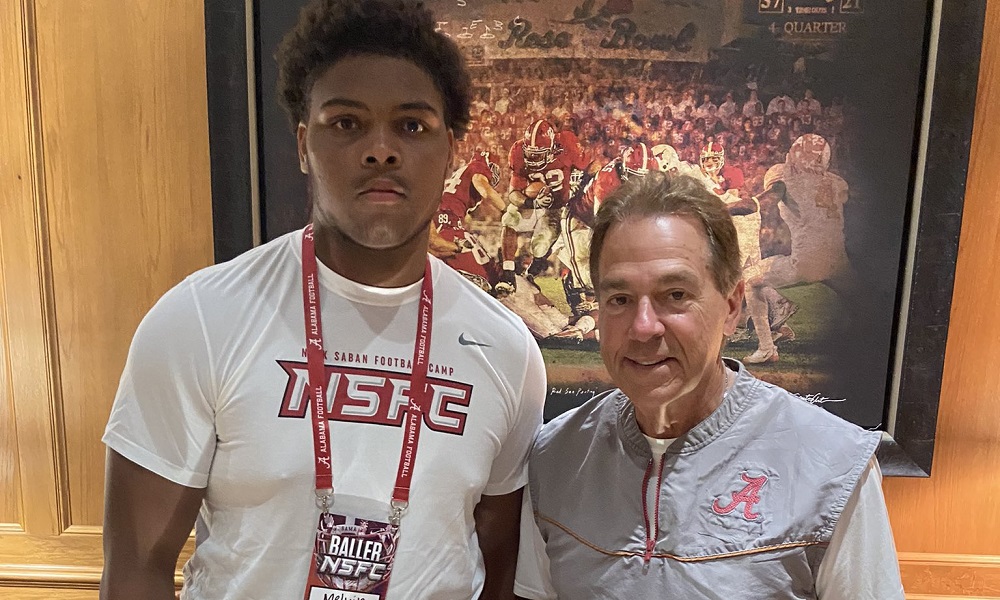 Melvin Hills III earned an offer from Alabama after participating in camp at the University of Alabama Wednesday.

Hills attends Lafayette Christian Academy in Louisiana. Alabama football is the fifth D1 program to offer the rising junior. Nick Saban informed Hills he had an offer from the Crimson Tide in a meeting after the camp alongside his teammates, Ju’Juan Johnson and Sandy West, who both picked up offers from Alabama during the meeting as well.

“I was excited I received the offer with my brothers,” Hills told Touchdown Alabama. “I was happy for me but more excited for them. Alabama has a high success rate and it shows. You can tell they are about business there.”

Saban is usually very hands-on during Alabama’s camps, and Wednesday was no different. Hills said he made him feel like he was one of Alabama’s players.

“He is a great guy,” Hills said. “He was doing the workout routines with us, and he was moving good. He did the same things our coach do for us, treated us like their players.”

The new Alabama target got to work with other Alabama coaches during Wednesday’s camp as well, and he said he enjoyed the entire camp experience.

“I loved the environment,” said Hills. “The coaches were fun, but they were straightforward too, and I loved that they did the workout with us.”

At 6-foot-4 and 270 pounds, Hills is an aggressive interior defensive lineman who plays with a chip on his shoulder in the trenches. He also has experience at rushing from the edge. His quickness off the snap of the football made him disruptive during the 2021 football season.

“I have power, and I am aggressive,” Hills said. “I am all bout finishing, and I have a will where I never want to lose.”