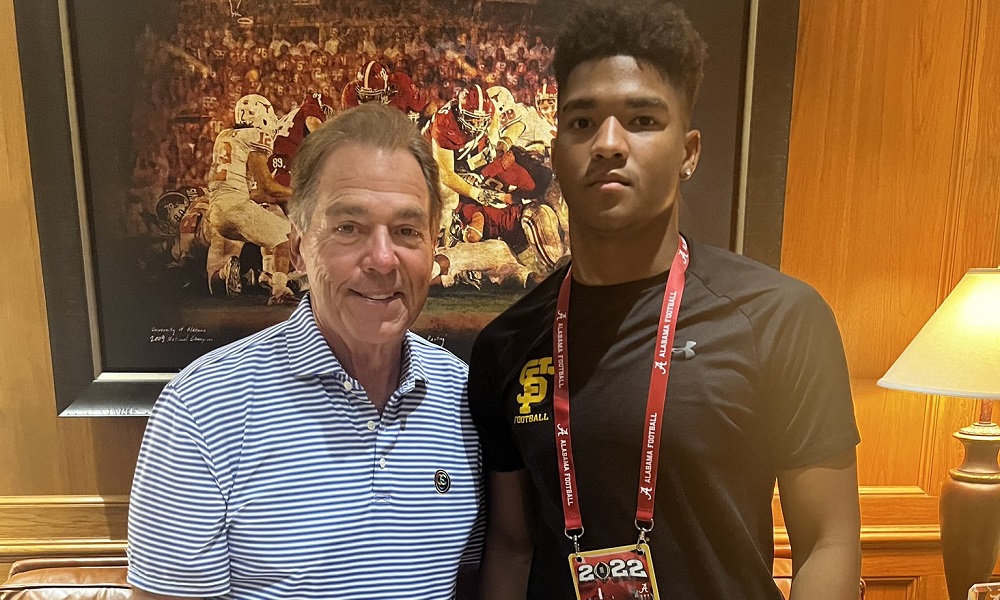 Michael Van Buren visited the University of Alabama for the first time this weekend since picking up an offer from the Crimson Tide.

Alabama’s offensive coordinator Bill O’Brien was able to talk some football with Van Buren, and it was one of the highlights of the 2024 prospect’s visit.

“It was great learning from Coach O’Brien with all the experience he has at the highest level with great quarterbacks,” Van Buren said. “I enjoyed taking in some of his great knowledge. I feel like it will really help me in the long run.”

Saban met up with Van Buren during his visit, and they talked about several aspects of the Crimson Tide’s football program.

“It was great meeting coach Saban, and we had a great talk about me as a player, the school, their team culture, the history of Alabama football and a lot more. It was good to finally meet him in person.”

The four-star recruit also got to experience some of the technology Alabama’s strength and conditioning staff have at their disposal.

“The facilities were great and nice,” said Van Buren. “They have a lot of resources that really help the players perform at a high level and stay healthy while doing it.”

Van Buren is listed at 6-foot and 180 pounds. He was able to make some impressive throws down the field while moving around the pocket as a sophomore. Van Bruen also showed he was capable of making plays with his feet.