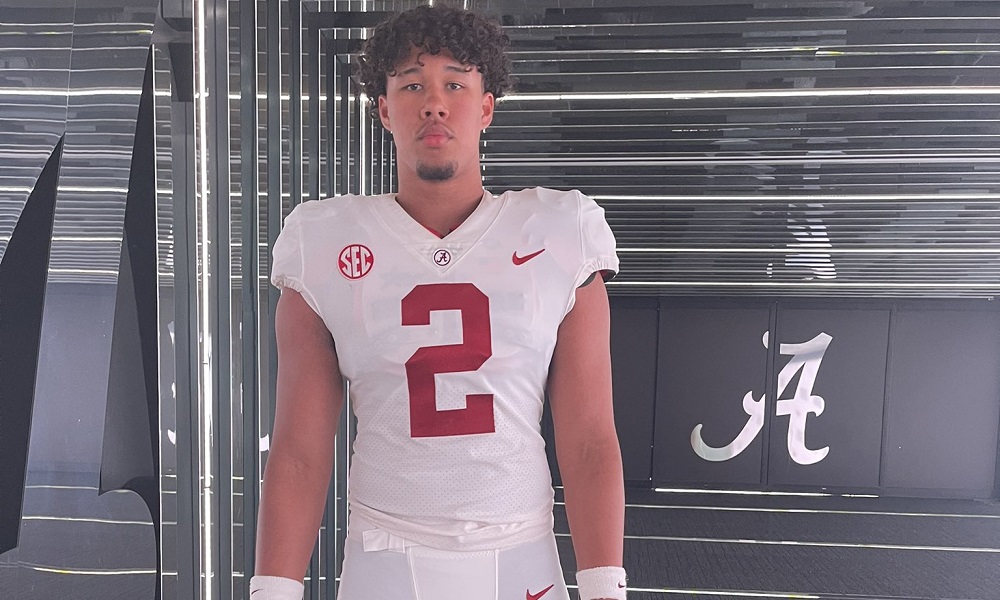 Nigel Smith is one of the nation’s top 2024 defensive line prospects, and Alabama football made sure he saw everything its program has to offer during his visit this weekend.

Smith attends Melissa High School in Melissa, Texas. He garners a four-star rating from most recruiting sites, but he has the potential to earn a fifth star in the future. Nick Saban called Smith in May and offered him during a phone call.

The four-star recruit visited Alabama for the first time this weekend, and the visit was a great one.

“It went really good,” Smith told Touchdown Alabama. “I enjoyed myself. It was good to see what I saw and meet the people I got the chance to meet.”

Smith was able to get an in-depth look at the Alabama football program alongside some 2023 prospects, who were officially visiting the Tide during his visit.

“It is sort of funny how it happen,” Smith said. “They were hosting official visits, and they wanted me to see everything they were seeing, so I kind of got the official visit tour. I went to every meeting, including the academic one, and felt like I was on an official visit. I also got to see the dorms, see what dorm life is like and I saw a little bit of campus. I also got to hang out and try some of the things they have in their recovery room, and I got to meet Nick Saban.”

The Texas product said it was great meeting Nick Saban, and they had a great talk. His tour of Alabama’s recovery room was one of his favorite parts of the visit.

“It is definitely top-notch,” Smith said. “They have stuff I literally never seen before, like a floating water bed that is really cool. They also have a water pressure massage bed, just some top-notch stuff I have not seen anywhere else.”

After wrapping up his visit to Tuscaloosa, Smith said he walked away impressed with the Tide’s no-nonsense attitude.

“I think my biggest takeaway is I knew they are not with all of the B.S.,” Said Smith. “They are not into pumping people up and telling them we want you bad, you are a great player, and all of that stuff. They made sure I had a good time, and I got to see some top-notch facilities, some of the best in the country.”

Smith is listed at 6-foot-5 and 260 pounds. He lined up in different spots along Melissa’s defensive front throughout the 2021 football season. The sophomore finished the season with 66 total tackles, 20 tackles for loss and 10 sacks.