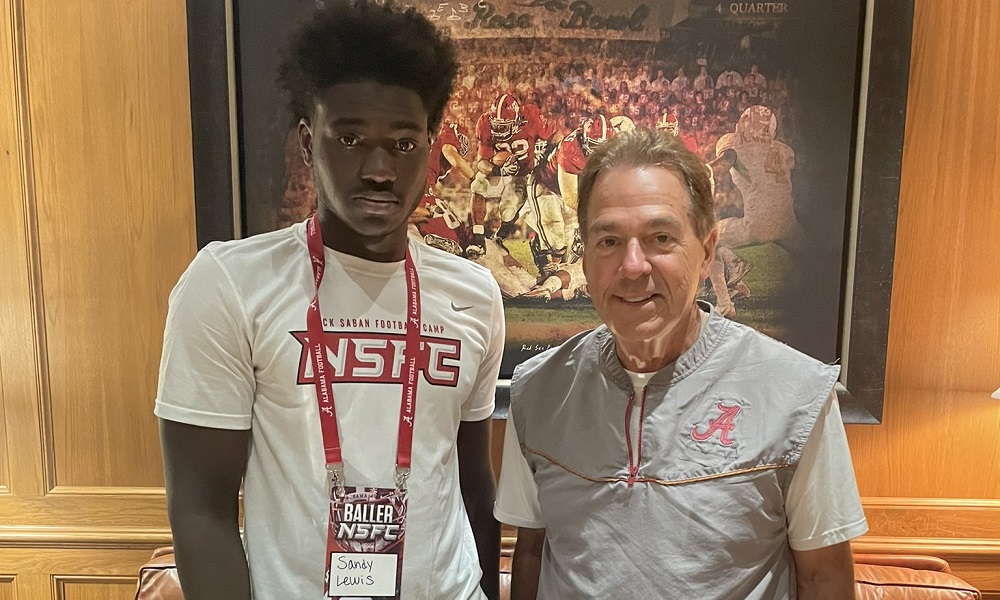 The 2024 prospect attends Lafayette Christian Academy in Louisiana, and he is currently a rising junior. He was notified of his offer from the Crimson Tide with his teammates, Ju’Juan Johnson and Melvin Hills, during a conversation with Nick Saban. Hill, Lewis and Johnson all picked up offers from Alabama during that conversation.

Lewis said he was in disbelief when he received his first offer.

“I could not believe it,” Lewis told Touchdown Alabama. “I just wanted to hug Melvin and Ju’Juan. It was crazy. I always knew we were a special group of kids. Nick Saban is a good coach. He reminds me of my head coach.”

The Louisiana native currently stands at 6-foot-2, and he weighs approximately 225 pounds. Lafayette allowed Lewis to rush from the edge during the 2021 football season, and he was productive at putting pressure on the quarterback. He also displayed great backside pursuit, and he played well in space.

Alabama thinks Lewis could be a good fit for that outside linebacker position. Lewis also feels he can shine there as he has the tools needed to be a good edge rusher. The new Alabama target said his best attributes are his ‘closing speed’ and his ability to ‘finish a sack.’

Lewis’ Alabama offer looks to be the first of many as he continues to go through the camp circuit.