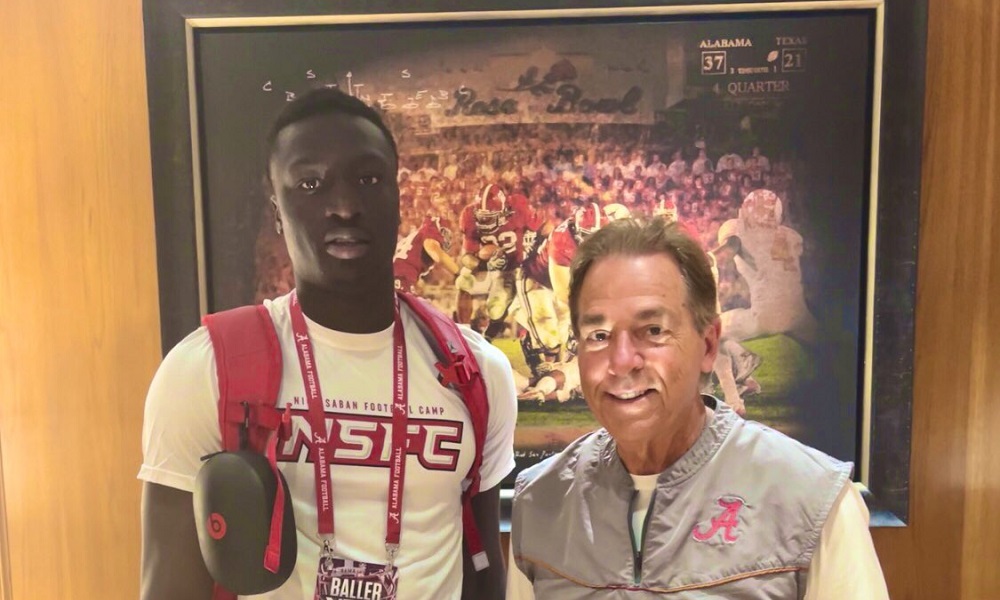 Bai Jobe announced his final three schools Tuesday via Twitter ahead of a commitment decision.

Jobe attends Community Christian School in Oklahoma. However, he is originally from Senegal. The Senegal native listed Alabama, Michigan State and Oklahoma as his final three schools Tuesday. The Crimson Tide hosted Jobe for camp earlier this month, and he took official visits to Michigan State and Vanderbilt.

A commitment decision could soon for Jobe. He tweeted he will be making a decision this week or next week Monday.

Alhamdoulilah for everything. I can ever never thank Allah enough for all the blessings. Making a decision this week or next y’all stay turn 🙏🏿

The Alabama target currently stands at 6-foot-4, and he weighs approximately 220 pounds. He is one of the most explosive edge-rushing prospects in the 2023 recruiting class.