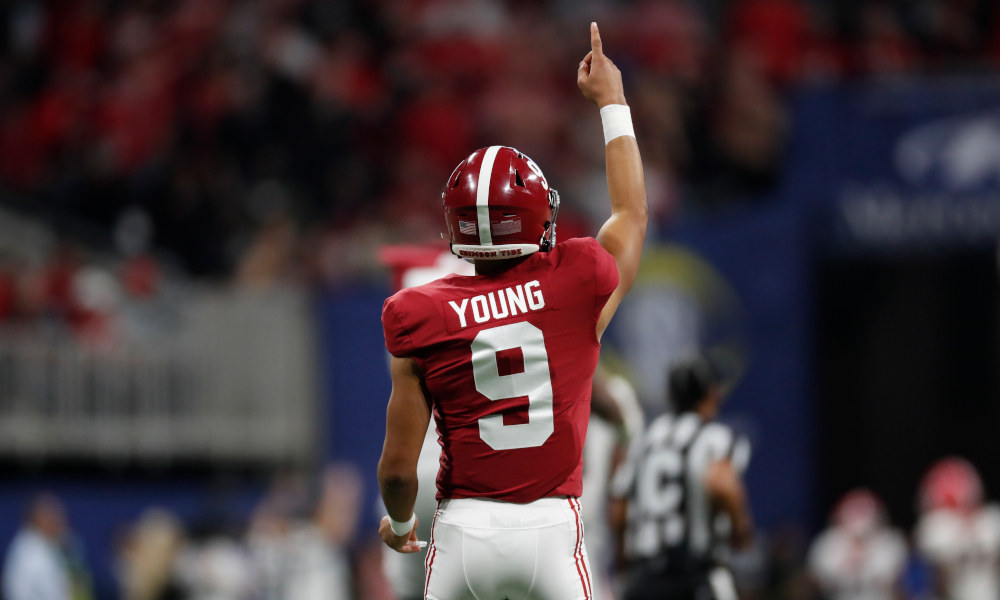 He considers the 2021 season a “failure” after not winning a national championship, but Bryce Young is up for an ESPY Award.

During his sophomore season, the California native set single-season school records for passing yards (4,872), touchdown passes (47), and total touchdowns (50) for the University of Alabama, guiding the program to a Southeastern Conference Championship and College Football Playoff.

Young could win Best College Athlete for Men’s Sports. He is in a category against Dante Polvara (Georgetown, Men’s Soccer), Chet Holmgren (Gonzaga, Men’s Basketball), and Logan Wisnauskas (Maryland Lacrosse). Young and the Crimson Tide are up for Best Game. Alabama struggled against the Auburn Tigers in the 2022 Iron Bowl, but Young led a 97-yard game-tying drive in 12 plays in the fourth quarter. He connected with receiver Ja’Corey Brooks for a 28-yard touchdown to tie the score at 10.

The matchup went into four overtimes, but Alabama pulled out a 24-22 victory at Jordan-Hare Stadium.

Young’s heroics in the game allowed him to hoist the Heisman Trophy two weeks later. He looks forward to leading the team to a national championship, but Young will enjoy an opportunity on the ESPY stage and maybe win one.