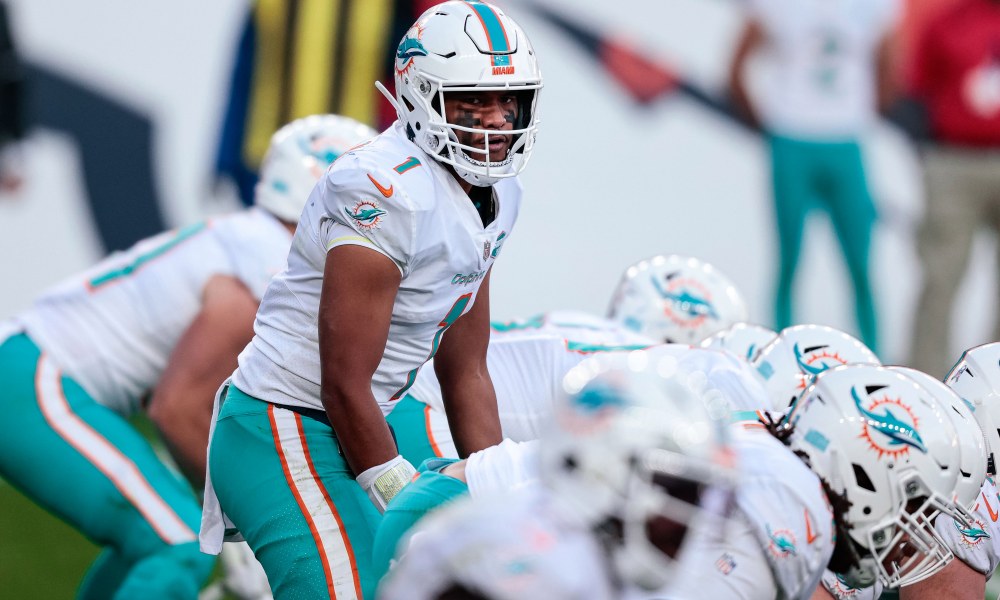 Former Miami Dolphins defensive back Jason McCourty made an appearance on “Good Morning Football” on Monday where he gave a ringing endorsement of quarterback Tua Tagovailoa.

McCourty, who was Tagovailoa’s teammate all of last season, believes that the combination of the former Alabama quarterback’s ability with the new weapons he has will propel his development forward as the franchise quarterback.

“I’m fired up for Tua,” McCourty said. “You get him weapons, he has that Hawaiian mindset, hang loose. The moment doesn’t get too big. He’s been at Alabama he’s won championships he knows what it takes. He now has the weapons around him. Tua’s gonna make it happen.”

The Dolphins have been extremely busy throughout the offseason upgrading its offensive personnel to better support Tagovailoa. Some of the acquisitions include left tackle Terron Armstead, franchise tagging tight end Mike Geisicki and trading for star receiver Tyreek Hill.

The offensive support has been one of the main critiques of the Dolphins roster since it first drafted Tagovailoa with the fifth pick of the 2020 NFL Draft and now there is the belief that he is due for a breakout season.

“You have to build around these quarterbacks,” McCourty said. “You just can’t draft them in the top 10 on bad teams and expect to go out there and win.”