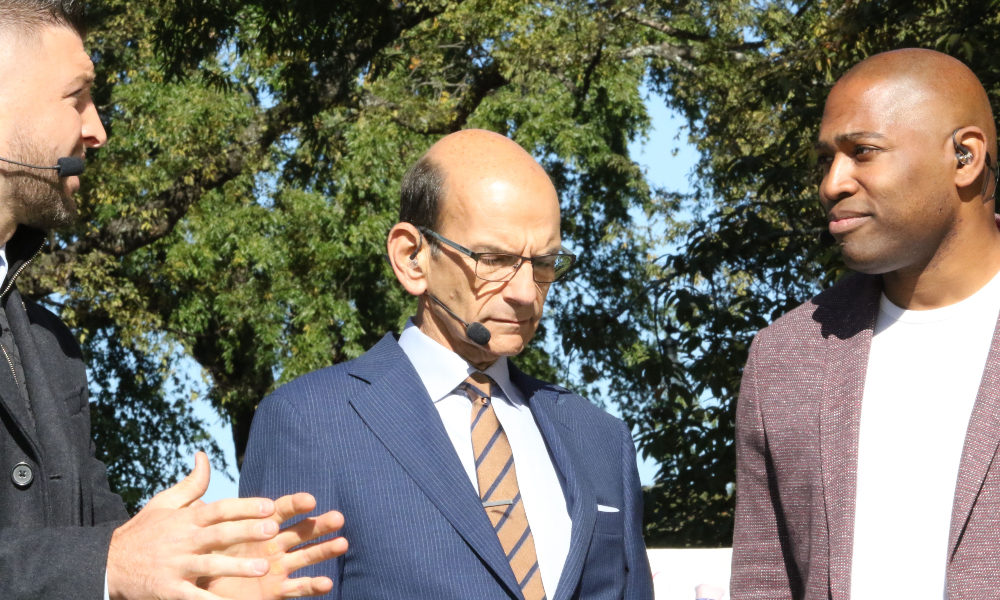 The question of who will be the one to replace Nick Saban at Alabama is one that bounces around every offseason and this summer was no different.

Although the belief is that Saban will remain with the Crimson Tide for the foreseeable future, especially since his current contract runs through the 2028 season, the speculation alone is often too good to pass up. That was the case during an interview between ESPN’s Paul Finebaum and Awful Announcing on Wednesday.

Despite Finebaum acknowledging the difficulty of the question, the popular radio host rattled off a few names who he thinks could be targeted should that day come.

“That’s probably the most difficult question I could possibly be asked,” Finebaum said. “If it happens in the next 2 to 3 years, I would keep my eyes on Mario Cristobal (Miami), Billy Napier (Florida), and Dave Aranda (Bayl0r). … If something happened right now, Bill O’Brien would be the most serious candidate, the offensive coordinator. He’s got head-coaching experience.”

Of the three Finebaum mentioned who aren’t currently on Saban’s staff, the majority of them have at one point spent some time coaching the Crimson Tide.

Cristobal served as an assistant under Saban from 2013-16 before becoming the offensive coordinator at Oregon which ultimately led him to become the head coach of the Ducks and has now taken a new opportunity as the head coach of Miami.

Napier had two stints at Alabama serving as an analyst during the 2011 season and returning to coach the wide receivers from 2013-16 before accepting the offensive coordinator position at Arizona State. After one season out west, Napier would become the head coach of the Louisiana Ragin’ Cajuns and following three seasons he received his big break at Florida where he was named the head coach earlier this year.

Although Aranda hasn’t coached at Alabama in his career, he has strong SEC ties as he served as the defensive coordinator at LSU from 2016-19 and helped the Tigers win the national championship in his final season in Baton Rouge. He’s now the head coach at Baylor and after going 2-7 during his first season, completely turned the program around leading the Bears to a 12-2 record and a Sugar Bowl win over Ole Miss.

Whether these three would be on the Crimson Tide’s radar is yet to be known and the odds of them being completely off the shortlist could be equally as likely if Saban coaches through his current contract.

This past February, Saban was speaking to the Alabama Football Coaches Association in Montgomery, AL where he showed to be just as fired up about coaching as usual especially considering the landscape college football is entering.

“Everybody asks me when I wanna retire. Retire from what?” Saban said. “I’m going to jump into an empty abyss, aight, of what am I going to do? The very challenges that I talk about and the things in our profession that concern me – for you and me both, in your game and our game – that’s what keeps me going. That’s why I get up every day. That’s why I can’t sleep at night sometimes. So why would you quit doing that? I haven’t figured that one out yet.”

But whether he likes it or not, the speculations will continue every offseason especially as the seven-time national champion turns 71 years old this October.