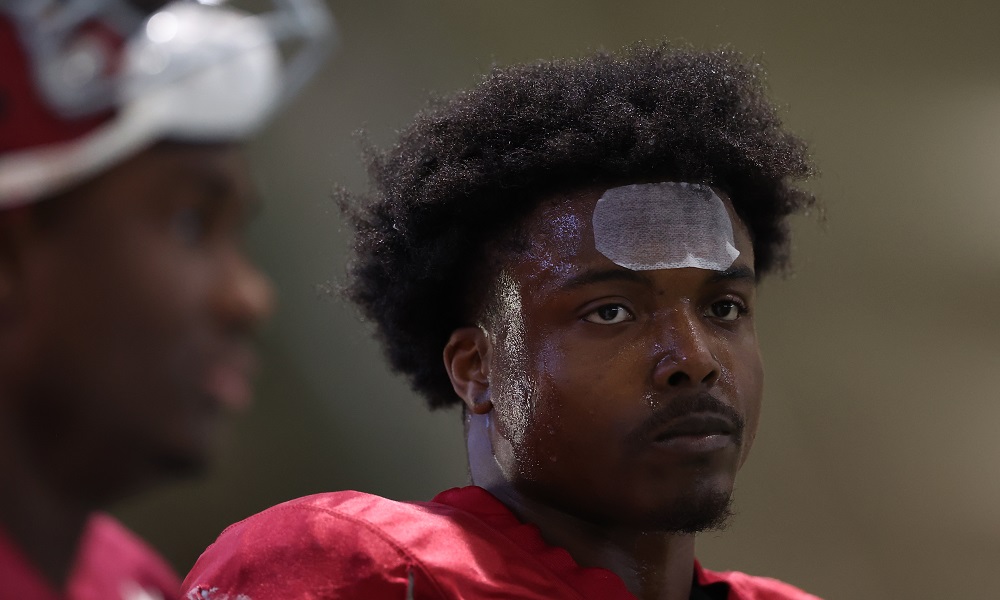 Khyree Jackson is about being a complete cornerback for Alabama in the fall.

He knows a national championship and high draft stock hinges on how he performs. Jackson got on the field last year in 12 games during the Crimson Tide’s run to a Southeastern Conference Championship. The 6-foot-3, 198-pounder is capable of becoming a lockdown defender, and he’s displayed impressive speed in summer camp.

RELATED: Paul Finebaum shares who he thinks could replace Nick Saban at Alabama

Jordan Battle, a senior safety for Alabama, recorded Jackson and Brian Branch in a race. The former junior college transfer defeated Branch and got excited about it. Alabama is back to having a high level of competition with players racing each other.

Competition is alive in T-Town! Alabama DBs Brian Branch and Khyree Jackson raced after a workout! Jordan Battle captured it all!

He had seven tackles and two pass breakups in 2021, but Jackson wants more. Coach Bo, a defensive backs specialist from Maryland, sees Jackson as a starter. As a “DB Sensei,” Bo said Jackson’s knowledge of the system gives him an edge.

We will see how he does in preseason camp, but it looks like Jackson is ready to be an elite player.