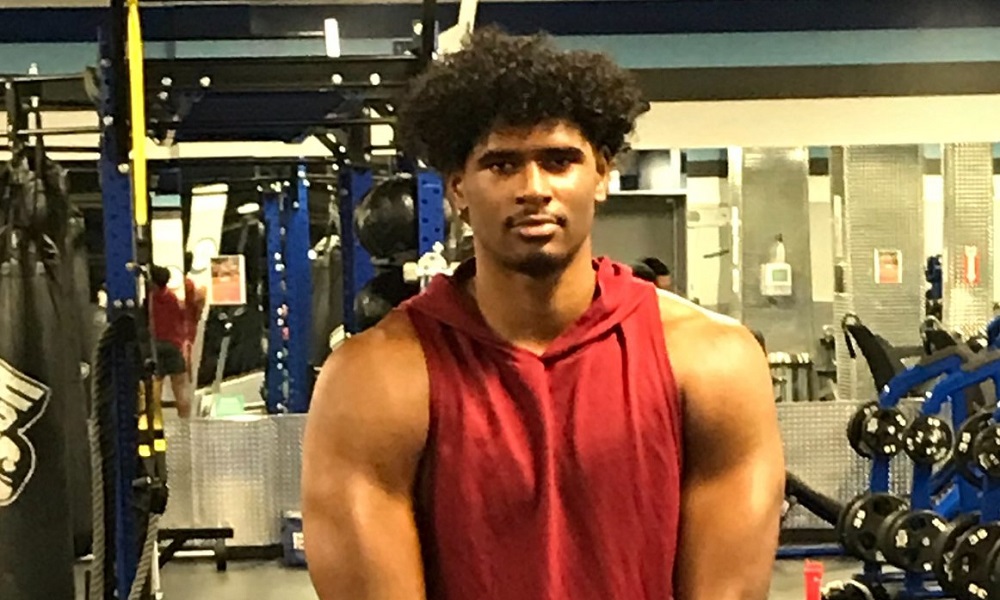 Jayden Wayne tweeted Friday he will announce his commitment on July 9.

Wayne is expected to play his senior season at IMG Academy, and he is one of the top edge-rusher prospects in the 2023 recruiting class. Alabama offered the Washington product in May, and he visited Tuscaloosa multiple times afterwards, including once during the football season.

Wayne’s last visit to Tuscaloosa was in April, and he said Alabama was at the top of his recruitment after the visit.

“They are at the top because they have a complete system for developing players,” Wayne said. “They compete every year for a Natty. The brotherhood there is strong, and I want to be coached by the best. Iron sharpens iron you know. My family loves it there too. I feel Coach Saban is not selling me a dream. He is not going to change once I get there. I do not care about stars, and I want to compete against the best.”

Alabama looked to be the favorite to land Wayne heading into the summer. However, the Crimson Tide do not look to be in as a strong of position with the five-star recruit heading into his decision later this month.

Miami, Oregon, LSU and Georgia hosted Wayne for official visits in June. Michigan State hosted him for an unofficial visit as well. Wayne previously stated he was thinking about officially visiting Alabama during the football season, which could still happen.

Wayne currently stands at 6-foot-5, and he weighs approximately 245 pounds. Nick Saban is interested in him playing either tight end or outside linebacker.