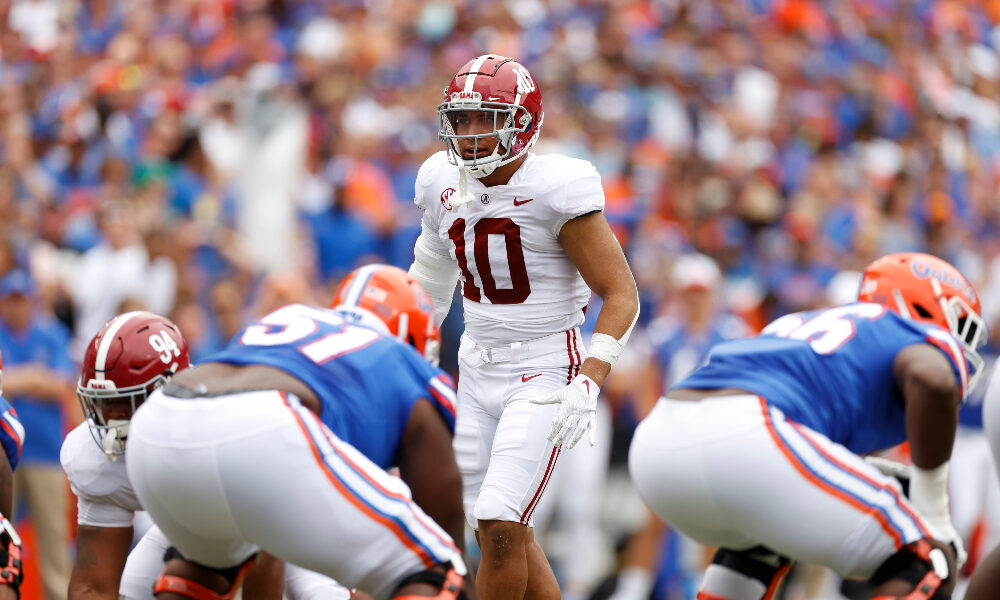 Crimson Tide fans want to see this group become the best of the Nick Saban era, and the guys are ready to deliver.

To’oto’o could have pursued the NFL Draft, but he chose to return for his senior year. He led Alabama’s defense in total tackles (113) last year, but To’oto’o wants to prove he’s a first-round pick and a leader. Coach Lei Talamaivao works with defensive linemen and edge rushers at his facility in Utah. He’s been coaching To’oto’o on being a refined pass-rusher and run stopper.

He captioned the video, “Henry To’oto’o is bringing all that smoke this year.”

Alabama fans want to see the smoke from him, McKinstry, and every player on defense.