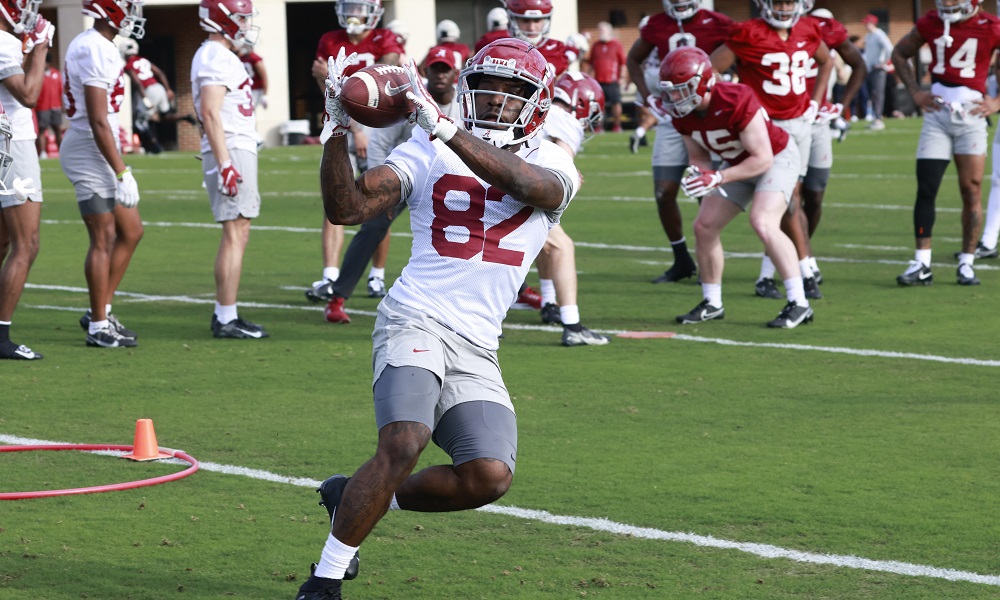 Aaron Anderson is one of the most explosive wide receivers Alabama signed in its freshmen class.

As a Louisiana native, he enrolled early for spring practice and impressed coaches. Anderson anticipates becoming an impactful player for the Crimson Tide, but two interesting photos showed up on his Instagram. He was on crutches and wearing a knee brace on his right knee. Anderson did not have an injury in the spring and nothing has been reported from summer workouts.

The photos look like he went through surgery as he posted them six hours ago to social media.

No one knows what happened, but Tide fans want to see Anderson have a role on the team.

He brings hands, elite speed/acceleration, routes, and playmaking abilities to the receiver room.