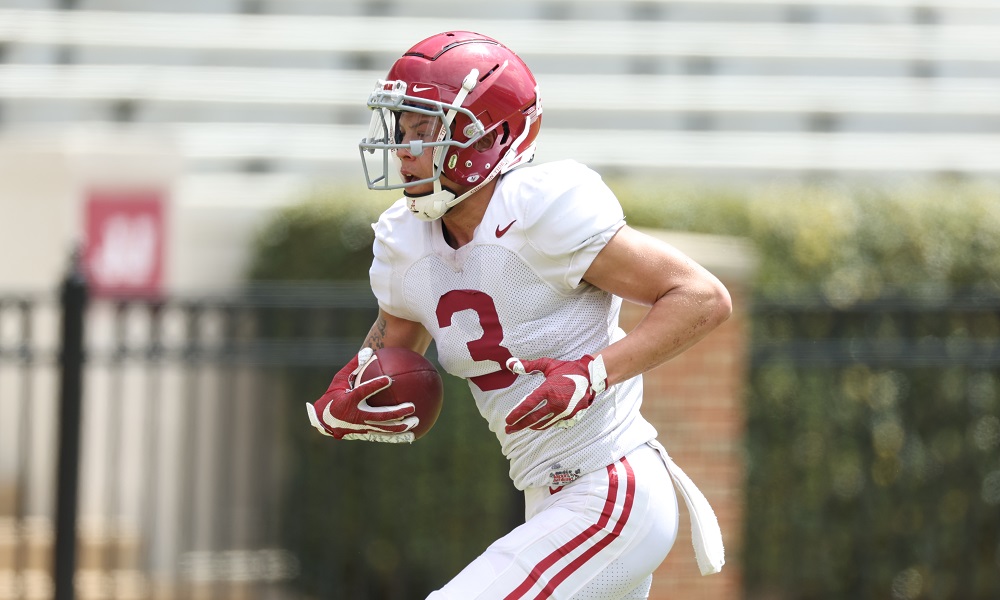 Alabama may have the best wide receiver tandem in college football for the fall.

Jermaine Burton and Tyler Harrell both transferred to the Crimson Tide from different schools. Burton won a College Football Playoff National Championship with Georgia in 2021. He finished with 26 receptions for 497 yards and five touchdowns.

During his two seasons with the Bulldogs, Burton totaled 53 catches for 901 yards and eight scores.

He performed well in spring practice for the Crimson Tide and wants to be an impactful piece for a national title team. Harrell came to Tuscaloosa from Lousiville as an elite speed receiver. He caught 18 passes last year for 523 yards and six touchdowns.

Harrell averaged 29.1 yards per catch and excelled at separating from defensive backs. He looks to prove he is more than a speedster, but he carries the route tree, great hands, and playmaking abilities. Alabama had the group of Jerry Jeudy, Henry Ruggs III, DeVonta Smith, and Jaylen Waddle go in the first round of the NFL Draft. Burton and Harrell could become first-rounders for the 2023 draft. According to Pro Football Focus, both players were in the top-10 for receivers for the NFL Draft.

Bryce Young will target both a lot in the coming season.