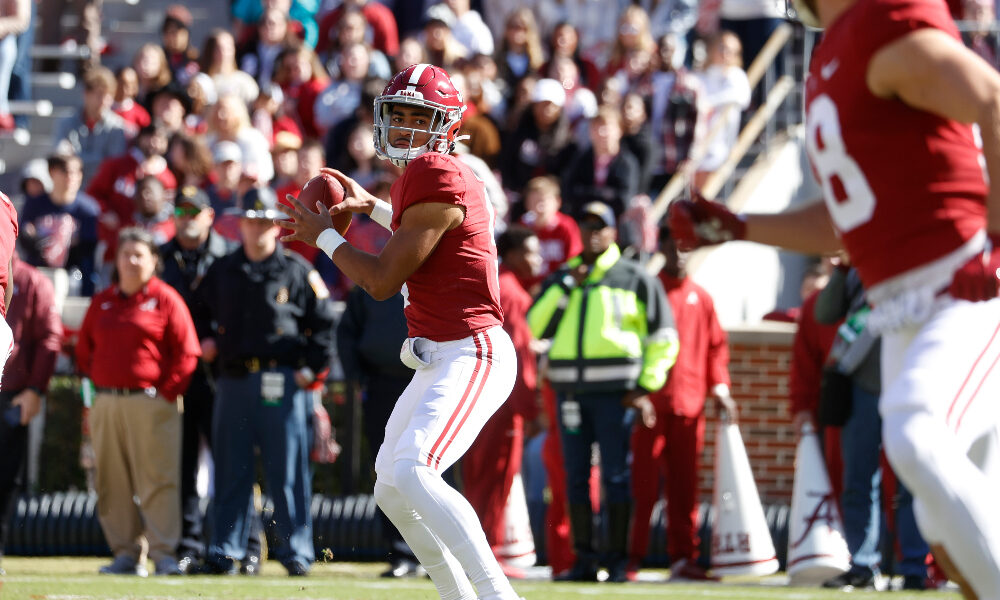 “Bryce and Aliyah are the remarkable examples of what it means for a young person to fully participate as a student and as an athlete in the Southeastern Conference,” said Sankey. “Both Aliyah and Bryce were honored with their sport’s national player of the year award as they each held themselves to the highest standards of competitive excellence. We are proud of both and grateful for their outstanding representation of the Southeastern Conference and of the accomplishments they have achieved as members of their university communities.”

Young, a native of Pasadena, Calif., was named the fourth Heisman Trophy winner in the history of The University of Alabama while earning consensus All-America honors. The sophomore turned in a record-setting season as the Crimson Tide’s first year starting quarterback, setting single-season marks for passing yards (4,872) and touchdowns (47).

Young was also recognized as college football’s Player of the Year by the Associated Press and The Sporting News. He captured the Maxwell Award, which is presented to college football’s top player, and claimed the Davey O’Brien and Manning awards, both going annually to the nation’s top quarterback.

Young led the SEC and ranked second nationally with 47 passing touchdowns and 4,872 passing yards while ranking third in the conference and seventh in the Football Bowl Subdivision in pass efficiency (167.5). He finished 366-of-547 passing with just seven interceptions across 15 starts. Young rushed 81 times with three more touchdowns on the ground.

In his first career start, Young finished 27-of-38 passing for 344 yards and four touchdowns, including a 94-yard strike to Jameson Williams. He set the Alabama single-game passing mark with 559 yards passing against Arkansas in November that included five touchdowns, zero interceptions while completing 77.5 percent of his passes. He passed for at least 300 yards in 10 games and tossed at least three touchdowns another 10 times, including three games with five touchdowns.

Young earned most Most Valuable Player honors in the win over the top-ranked Georgia Bulldogs in the SEC Championship Game, recording three touchdowns and 421 yards through the air on 26-of-44 passing. He added three rushes for 40 yards with a score on the ground, while setting the SEC Championship Game record for passing yards and total offense (461) with his impressive performance.