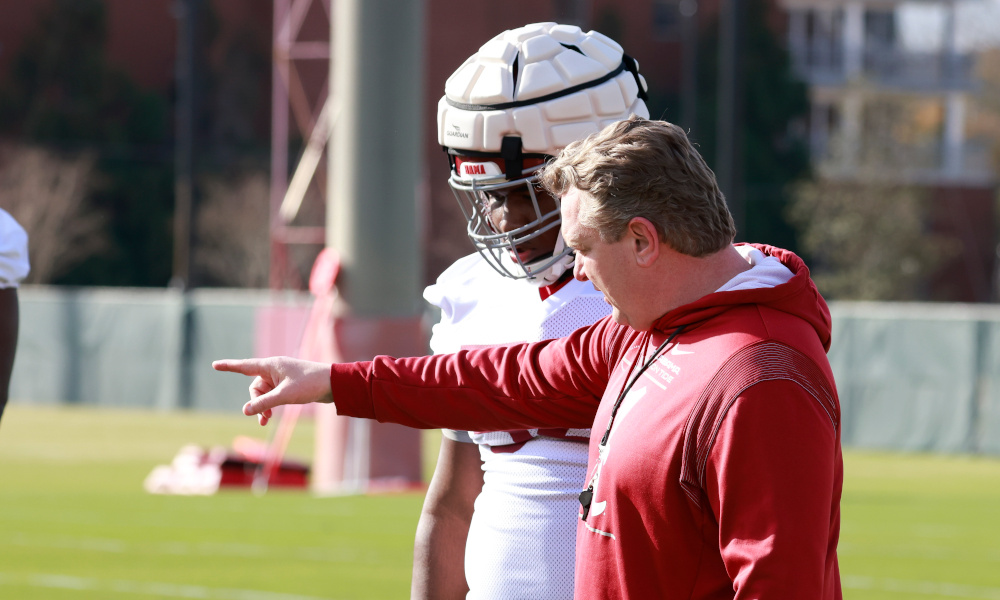 Alabama football announced the hiring of Eric Wolford on Feb. 2, and the Ohio native has hit the ground running for the Crimson Tide on the recruiting trail.

Wolford played a big part in both guys’ decisions. McElderry said his relationship with Wolford was a deciding factor for him.

“Coach Wolf was one of the first to offer me when he was at South Carolina,” McElderry said. “He has been recruiting me since the ninth grade. He also built a very good relationship with my mom. Another factor was coach Wolf’s development of offensive lineman.”

Formby shared a similar sentiment to McElderry after he announced his commitment to Alabama in June.

“I would say it had a lot to do with it because he is who I am going to be with day in and day out,” Formby said. “His drills are some of the best I have ever seen. I have had the pleasure of being coached by him at camps. He is a great coach, he is a real tough coach, which is what you want to be the best, it is what you need.”

Both McElderry and Formby knew Wolford before he joined Alabama’s staff, and he has been building a relationship with both prospects for years. However, Alabama’s current commits are not the only 2023 offensive line prospects speaking highly of Worford. Samson Okunlola, a five-star offensive lineman, told Touchdown Alabama it was exciting to get to catch up with the Alabama offensive line coach during his official visit in June.

“It was good to connect with coach Wolford again,” Okunlola said. “He is a cool guy, a real technician in the game, and he is a good person.”

Alabama has its eyes on multiple uncommitted offensive line prospects, and Wolford’s efforts on the recruiting trail have put the Tide in a good position to land some of them.