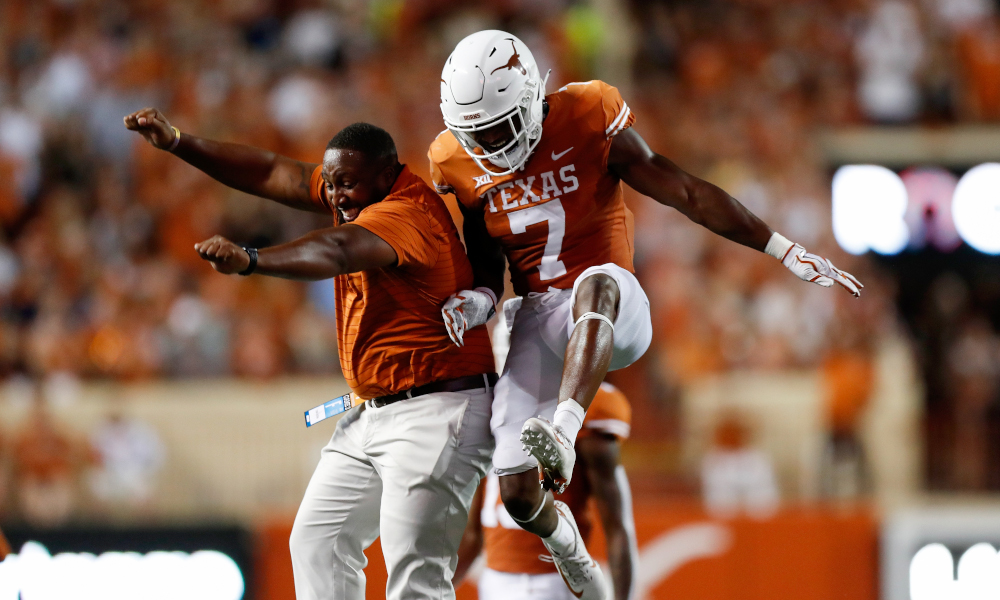 Alabama’s matchup with Texas may not be the most highly anticipated game, but it is starting to look more interesting with the conversations happening.

Keilan Robinson, a former Crimson Tide running back, may have given Nick Saban and the Alabama defense some bulletin board material with his latest statement. Robinson, who opted out of the 2020 season because of the Coronavirus, transferred to Texas in 2021. On Tuesday, he was on Twitter Spaces. Robinson spoke very confidently to Longhorn fans about how Texas can ‘take down’ Alabama.

“Knowing what I know and seeing what I see every day, being here (Texas) and being there (Tuscaloosa), I know we can beat them boys,” Robinson said.

Robinson came to Alabama in the 2019 class as a four-star running back from Washington, D.C.

Jimbo Fisher stated last summer that Texas A&M would beat Alabama while Nick Saban was in Tuscaloosa, and it happened.

Fisher has been the only coach to back up his preseason talk about beating the Tide. Longhorn fans will be looking for Robinson to back his words up, but it will be a challenge against a motivated Alabama team.