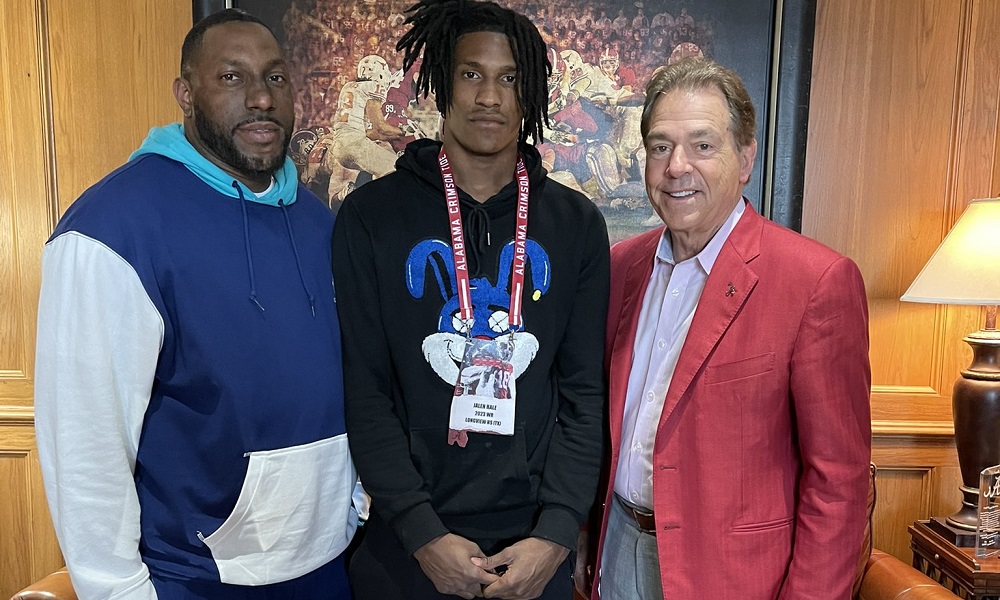 Hale attends Longview High School in Longview, Texas. He previously released a top five, and Alabama was included. The Texas product has now narrowed his top five down to a top three, and he has Georgia, Texas and the Crimson Tide as his remaining choices.

The four-star prospect currently stands at 6-foot-3 and weighs 185 pounds, according to Longview’s 2021 football roster. He finished his junior season with 50 receptions for 1,154 yards and 14 touchdowns. Hale gave defenses problems with his route running and ability to adjust to the football in the air.