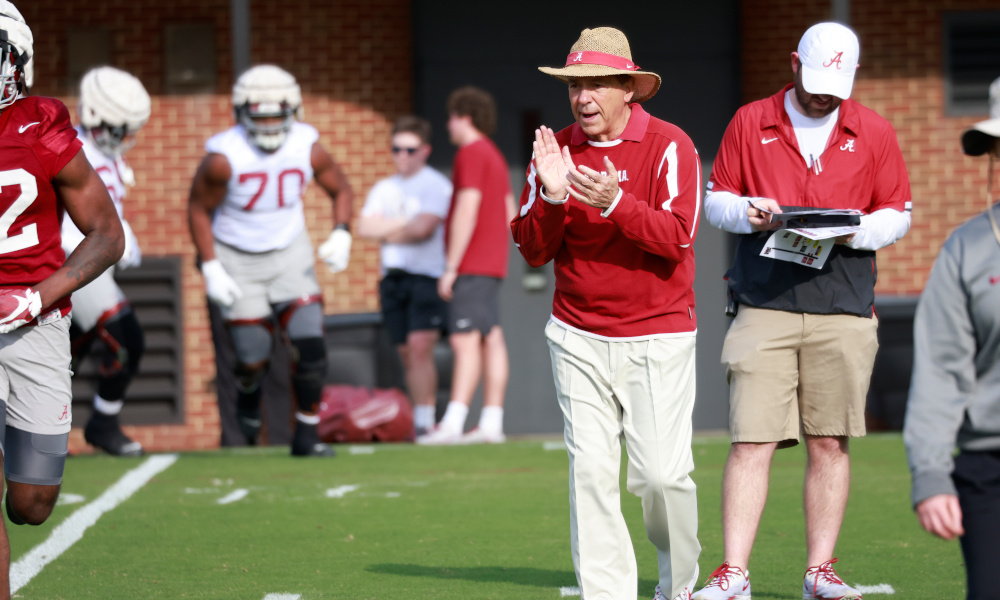 The most difficult questions are those that demand answers, especially in Alabama football.

In the early years of Nick Saban, the Crimson Tide mastered getting the top recruiting prospects — including in-state five stars.

They felt Saban was in tune with today’s youth.

Several of these in-state five stars above were impactful freshmen who assisted Alabama to earn conference and national championships. Many of them would become first-round draft picks. However, has Saban lost touch with today’s top recruiting prospects? Tide fans have been asking this question after five-star defensive lineman Peter Woods verbally committed to Clemson over Alabama on Friday. Woods is arguably the best player overall and the best defensive in-state player in the 2023 class. He has many ties to Alabama, including his former high school teammates enrolling there and having a scholarship offer since the ninth grade. Woods, who has won multiple Class 7A state championships at Thompson High School, grew up a diehard Tide fan.

People wondered what caused him to take Dabo Swinney over Saban. Woods explained his choice in a moment with reporters after announcing his commitment. His description of the difference between Swinney and Saban had Tide fans upset and asking questions.

“Dabo, to me, is a lot more lively,” Woods said in comparing Swinney to Saban. “He is a lot more understanding of teenage life. He says all the time that he specializes in 18-24-year-old men, and I believe that is true.”

Think about that statement for a moment.

Saban has danced with his players after winning CFP Semifinal games, he danced in the locker room with players after beating Georgia in the 2021 SEC Championship Game, hit the dab with recruits on official visits, and he threw his hands in the air in jubilation after defeating Georgia in the 2018 CFP National Championship Game. Saban has had lively moments, but Woods sees Swinney as more lively and more in touch with today’s youth. When a marquee in-state player is prioritized by Alabama, the Crimson Tide usually gets that player.

It recruited Woods hard, but Clemson’s rookie defensive coaching staff beat out Alabama’s veteran defensive staff for the top prospect in the state of Alabama. The Tide has five months to flip Woods for the early signing period in December, but will it be able to accomplish it? The defensive line is a position of need for Alabama, especially with the players it could lose to next year’s NFL Draft and the transfer portal. NIL has made things challenging for Saban, but Swinney is not one for compensating players.

Alabama is known for closing on recruits and getting the best, but Clemson has one of the Tide’s best right now.

The Tigers did not win the Atlantic Coast Conference, did not make the College Football Playoff, and only defeated Iowa State in the Cheez-It Bowl by a touchdown. It lost Brent Venables (defensive coordinator) and Todd Bates (defensive line coach) to Oklahoma, yet it pulled in Peter Woods’ commitment. Saban has a way with most recruits, but not getting Peter Woods will be a headscratcher for a long time if Alabama doesn’t flip him.