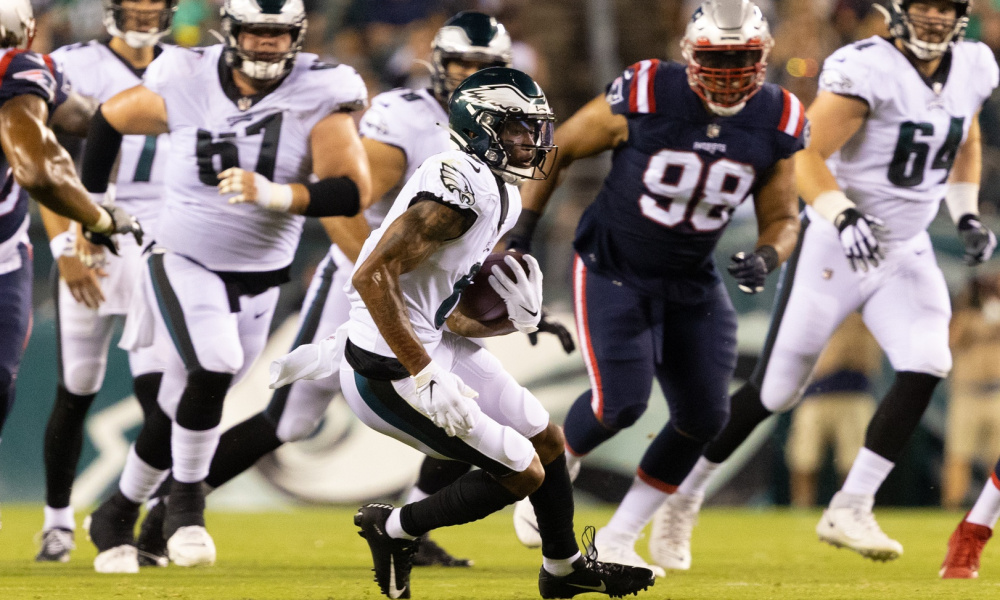 The Eagles are amongst the more intriguing teams in the NFL as the team is expected to make a big jump following a successful run to the postseason last year.

Much of their success will be riding on the development of its offense led by quarterback Jalen Hurts. In his first season as the full-time starter, Hurts showed signs of being an effective starter in the league and with the help of first-round pick DeVonta Smith, secured a wildcard position.

During the NFL Draft, the Eagles were aggressive in improving its offensive talent which resulted in the acquisition of former Titans receiver AJ Brown.

The offense now has three core members to work with and the trio is taking it upon themselves to work together and build chemistry throughout the offseason.

Smith and the group gave fans a glimpse at what’s in store this season sharing a few photos from their workout on Saturday.