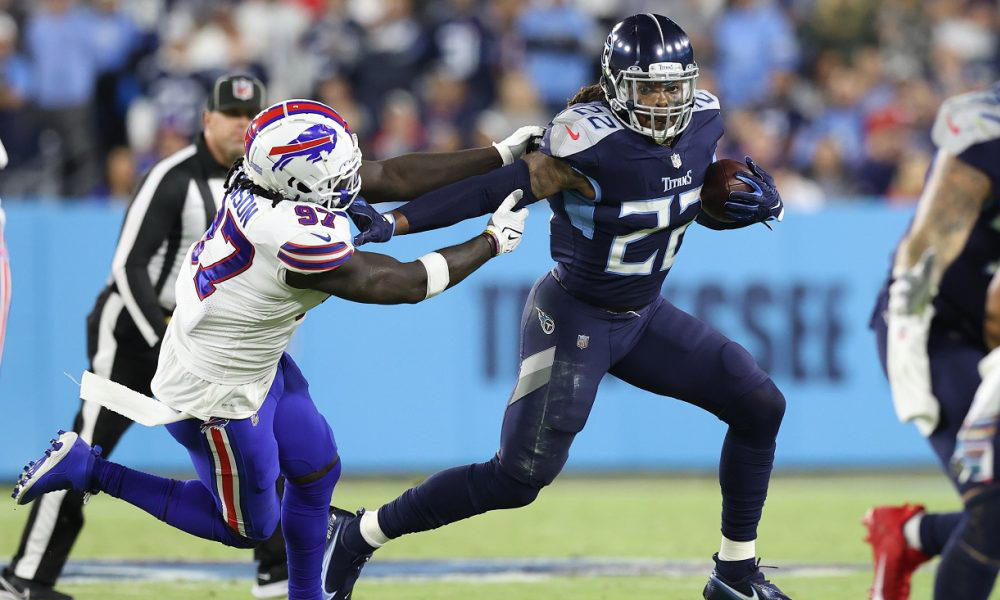 Derrick Henry anticipates a bounce-back season in the fall after missing nine games in 2021.

He suffered a foot injury for the Tennessee Titans but finished in the top-10 among running backs for carries (219, No. 10), rushing yards (937, No. 9), and touchdowns (10, tied for sixth) in the National Football League. The 6-foot-3, 247-pounder is a two-time rushing champion, two-time NFL leader for rushing touchdowns, two-time Pro Bowl selection, 2020 first-team All-Pro, and 2020 NFL Offensive Player of the Year. As he returns for this season, Henry headlines the Madden 23 ratings at his position.

According to Electronic Arts (EA) Sports, he has the top overall rating for running backs at 97. Henry has a better overall mark than Christian McCaffrey, Nick Chubb, Jonathan Taylor, Ezekiel Elliot, Dalvin Cook, Alvin Kamara, Joe Mixon, Aaron Jones, and Austin Ekeler. When it comes to speed, Henry ranks in the top five at No. 4 with a 93 rating. He’s recorded some of the longest touchdown runs in league history, despite his size. Alabama fans and Titans fans are excited to see what he does in the fall.

Henry is about to enter his seventh season in the pros. He got taken in the second round of the 2016 NFL Draft.