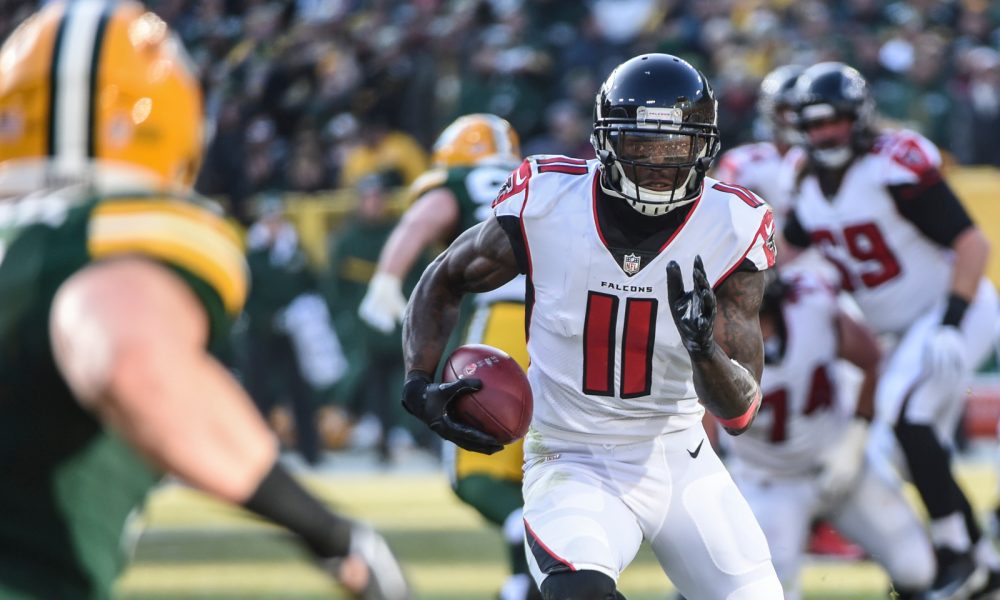 Julio Jones has officially come off the market as it was reported by ESPN’s Adam Schefter that Jones has agreed to a one-year deal with the Tampa Bay Buccaneers.

Seven-time Pro Bowl wide receiver Julio Jones is signing a one-year deal with the Tampa Bay Buccaneers, per source. The soon-to-be 45-year Tom Brady now will have a chance to throw to the 33-year-old Jones.

Per Schefter, Jones had drawn interest from a few other teams including the Green Bat Packers but Tampa pursued him most aggressively.

Last season Jones was dealt from the Atlanta Falcons to the Tennessee Titans which was expected to form one of the more dynamic offensive receiving corps in the NFL pairing Jones with AJ Brown. Instead, Jones went on to have the worst season of his career catching just 31 passes for 434 yards and one touchdown through 10 games of action. He was ultimately let go by the Titans following the season.

He will now be joining forces with Tom Brady, the quarterback who denied him a championship back in 2017 when the Patriots made the historic 28-3 comeback to defeat the Falcons.