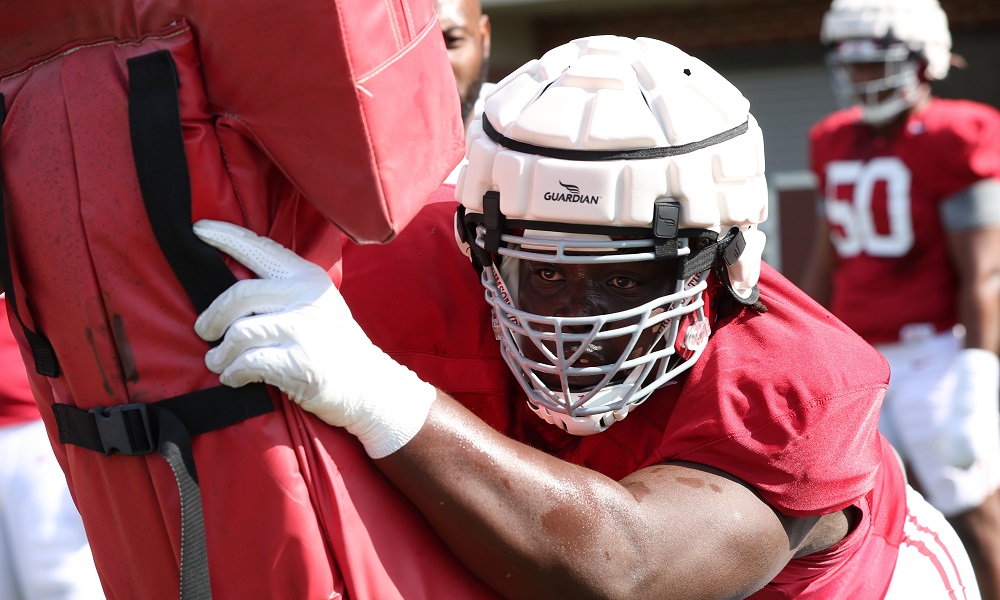 Jaheim Oatis wants to be on the field as a freshman for Alabama football.

Coaches, players, and fans see it in his talk, but more in his actions. As a four-star defensive lineman from Mississippi, Oatis has been on an impressive body transformation that rivals former Crimson Tide standout Terrence “Mount” Cody. Oatis was a difference maker at Columbia High School, and it made Nick Saban offer him to the Tide in the 2022 recruiting class.

Oatis, who weighed 416 pounds in high school, started his transformation in January.

He would post pictures, videos, and tweets, documenting his journey. His stomach got smaller with each post, and we saw more definition of muscle and strength as he trained. Coach Saban told reporters in spring football that Oatis was much better under 400 pounds and “flashes much potential.” He shared on Twitter that he has gone from 416 to 342 pounds, a loss of 74 pounds.

Oatis is in a position to earn some playing time as a defensive tackle. DJ Dale is the starter at nose guard and Alabama has other players that will be worked in. Oatis is a name to watch because of his dedication to getting in shape and the capabilities he has to pressure quarterbacks. He recorded a sack in the Crimson Tide’s spring game and brings physicality to stop running backs.

It is going to be fun watching Oatis in preseason camp.