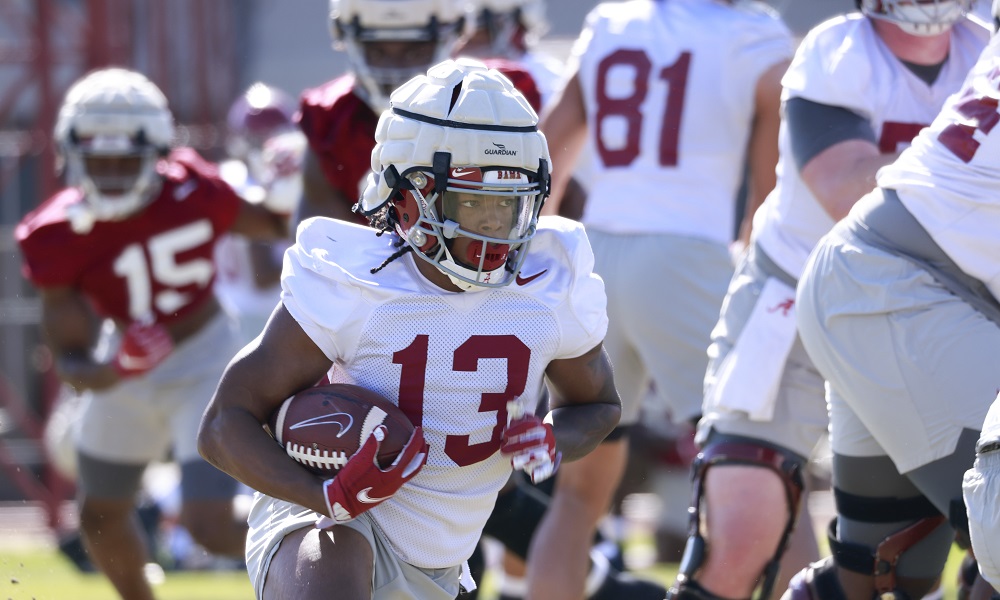 The final preseason award watch list will be for the Chuck Bednarik honor on Monday, August 1.

Several players for the University of Alabama football program have made preseason watch lists. On Thursday, the Danny Wuerffel Trophy and Paul Hornung Trophy watch lists were announced. Jordan Battle, a senior safety, earned a spot on the Wuerffel Trophy list. The honor goes to the college football athlete that displays the best effort on the field and community.

Battle has been a consistent veteran in Alabama’s defensive backfield and is on the team’s leadership council.

He is also a preseason candidate for Jim Thrope and Bronko Nagurski awards.

Barrett Jones, an Alabama alum, won the Wuerffel Trophy in 2011 for his efforts on the field and in the community.

Jahmyr Gibbs, a transfer from Georgia Tech, made the Hornung Trophy watch list. The honor is presented by the Louisville Sports Commission and goes to the nation’s most versatile player. Gibbs dominated for the Yellow Jackets in 2021, posting 1,800 all-purpose yards and seven touchdowns. He was impactful as a running back, wide receiver, and return specialist in the ACC.

Gibbs will have a marquee role in Alabama’s offense. DeVonta Smith won the Hornung Award in 2020 for the Tide.