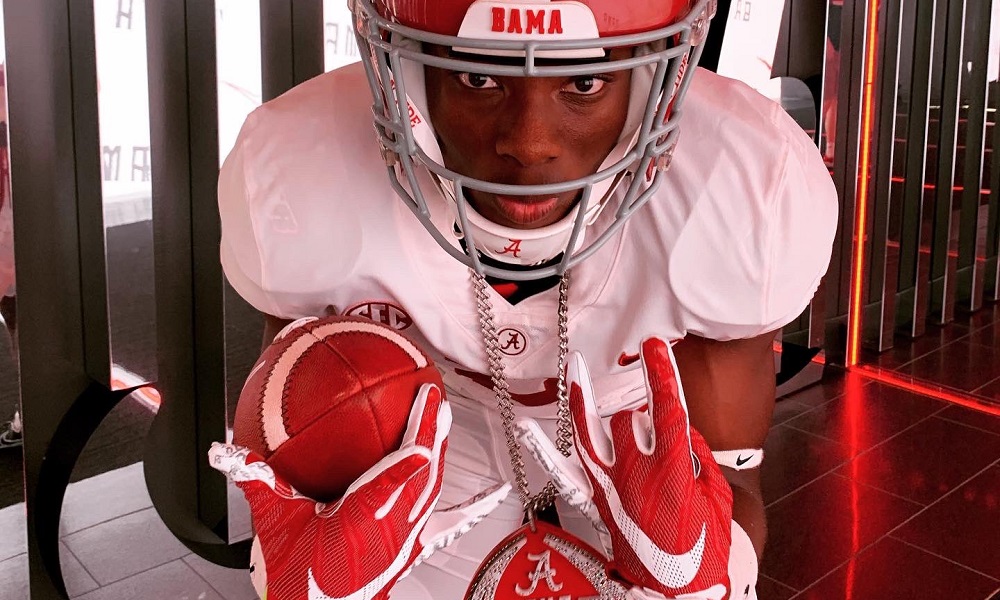 Alvin Henderson is undoubtedly one of the nation’s most sought-after recruits, and he is only a rising sophomore.

Henderson attends Elba High School in Elba, Alabama, and he holds more than 50 D1 offers. Alabama football offered the in-state prospect in June after he impressed its coaching staff at camp. He has made multiple trips to Tuscaloosa since picking up an offer from the Crimson Tide.

Henderson’s latest visit to UA was good from start to finish.

“I am always excited about going to Alabama because they are so much like a family,” Henderson said. “As soon as I stepped on campus, I enjoyed every second of being with everyone.”

Nick Saban offered Henderson last month. Alabama’s running back coach Robert Gillespie and the Tide’s safeties coach Charles Kelly have been working to steadily build a relationship with the Elba product as of late.

“My relationship with coach G (Gillespie) and coach Kelly has grown a lot,” said Henderson. “Even before they offered, we were in contact. We have pretty much tried to stay in contact as much as we can when they are not busy.”

At 5-foot-10 and 190 pounds, Henderson helped Elba have a potent rushing attack during the 2021 football season. The Alabama target showed great patience and allowed his blocks to be set up before exploding through holes. The rising sophomore also displayed great acceleration in the open field.

Henderson also holds offers from Ohio State, USC, Georgia and others. The recruitment battle for the talented back will be very interesting in the future, but the Crimson Tide’s coaching staff has Alabama in a solid position with the 2025 prospect.