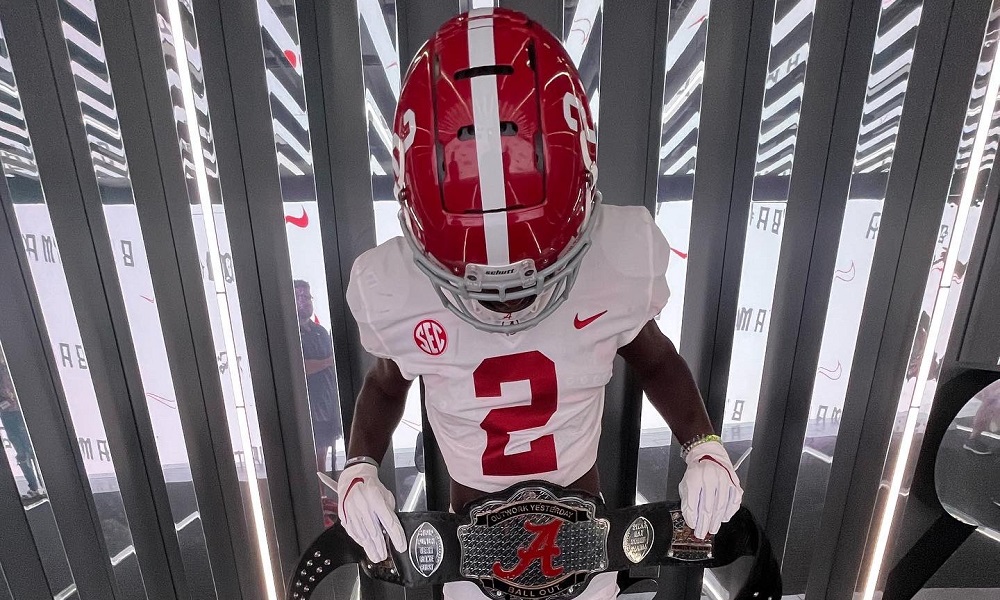 Jalewis Solomon made his first trip to the University of Alabama since picking up an offer from the Crimson Tide over the weekend.

Alabama has hosted the rising junior in the past. He accompanied his older brother, Zykeivous Walker during a visit to Tuscaloosa when he was in the seventh grade. Solomon was able to make his first trip to UA as an Alabama target over the weekend, and the Tide did not disappoint.

“It felt like the whole staff loved you,” Solomon said. “They also have a winning tradition there and anyone would like to be a part of that. It felt so good being around their program.”

Solomon had an ‘amazing’ meeting with coach Saban during his time in Tuscaloosa, and he stated Alabama is for sure going to be one of his top schools at the conclusion of the visit. He previously expressed his love for the Alabama program.

“I love everything about the Alabama program,” Solomon told Touchdown Alabama after earning an offer from the Tide. “I feel like they have everything to offer. I really love Alabama.”

The high school football season is quickly approaching, and Solomon is ready to turn his attention to the gridiron. The 6-foot-2, 185-pounder was a playmaker on both sides of the football for Schley County during the 2021 football season. He lined up primarily at cornerback and wide receiver. He has the potential to play either position at the next level.

The four-star recruit said he is excited to get back on the field.

“I am more than excited,” Solomon said. “I want to show everyone I really have been working this off-season. Most importantly, I want to help my team win.”