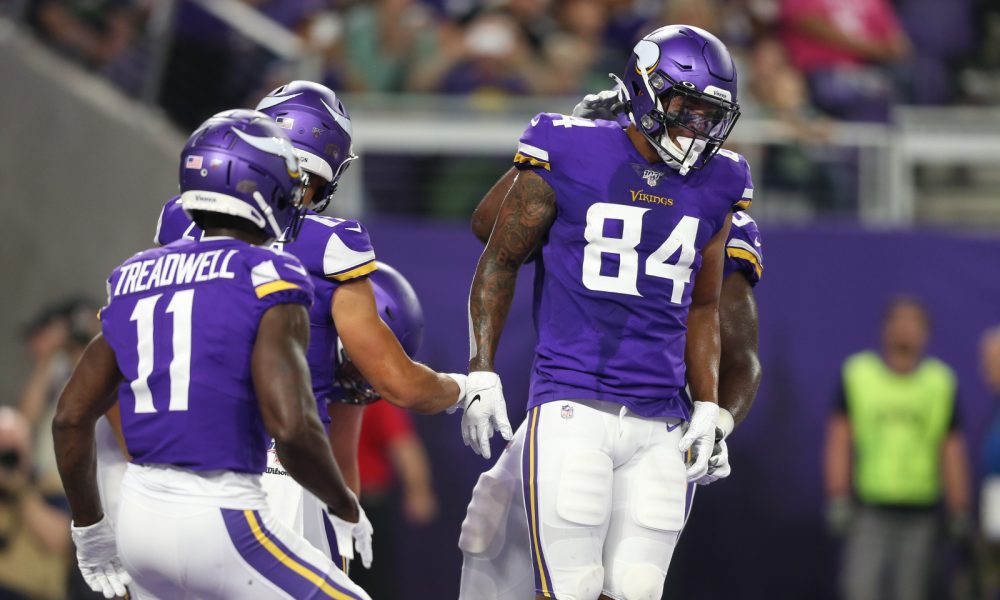 The Minnesota Vikings have several talented offensive players, but one had surgery on Tuesday.

RELATED: Najee Harris says second-team was better than first at times in his freshman year at Alabama

He enters his fourth season with the Vikings since getting selected in the second round of the 2019 NFL Draft. Smith missed the entire 2021 campaign because of a torn meniscus in his knee, but he has played 29 career games. He recorded 30 receptions for 365 yards and five touchdowns in 13 games in 2020. According to ESPN’s Adam Schefter, Smith had surgery to repair a thumb injury but should be ready for the season. Vikings fans want to see Smith emerge at tight end after losing Kyle Rudolph.

Vikings’ TE Irv Smith underwent thumb surgery today but HC Kevin O’Connell expects him to be ready for start of the regular season.

Smith came to the Crimson Tide in its 2016 signing class as a four-star. He caught three touchdowns in 2017, helping Alabama secure a College Football Playoff National Championship. In 2018, Smith became one of Tua Tagovailoa’s favorite targets.

He totaled 44 catches for 710 yards receiving and seven touchdowns.

After missing some time, Smith is preparing to have a breakout year for Minnesota.