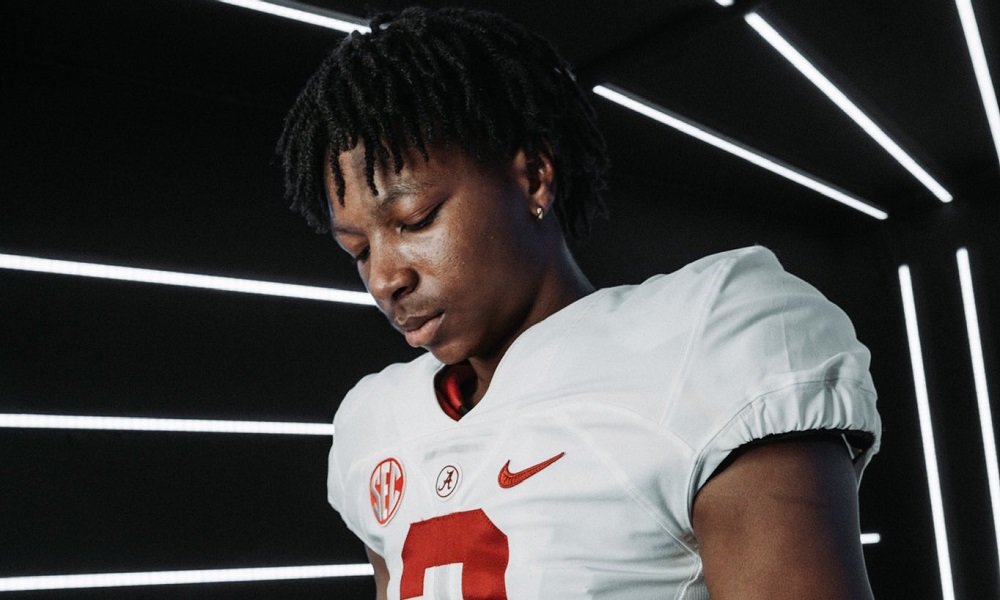 Alabama five-star defensive back commit Tony Mitchell ensured Crimson Tide fans on Tuesday that he is still locked in on his commitment to the tide despite his recent visit to Texas A&M. Mitchell originally committed to Alabama back in June.

Just to clear the air, i’m locked in🐘. #RollTide

Although he is visiting the SEC West rival, Mitchell has stated in the past his intentions to help recruit other players in his class to join him at Alabama.

My eyes have been on a couple of guys,” Mitchell said back in July. “I am trying to recruit to bring in talented people to play with, people who have the same goals, trying to be great and get to the next level.”

Although the five-star is eager to help the Crimson Tide on the recruiting trail, Mitchell is also gearing up to help Thompson High School capture its fourth straight 7A State Championship.