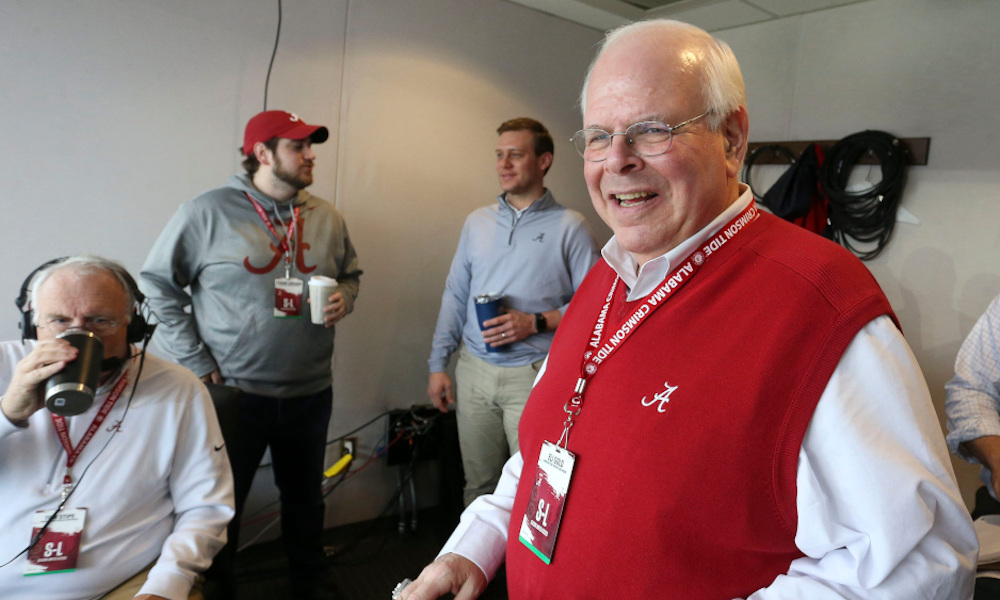 People think of Nick Saban, his assistant coaches, and the players as the ingredients that make Alabama football special.

A significant part of Alabama’s success has been in the broadcast booth. Eli Gold, the long-time voice of Crimson Tide football, has called games for the Crimson Tide Sports Network since 1988. He witnessed Eugene “Gene” Stallings coach the 1992 team to an undefeated national championship and six national titles in the Nick Saban era. According to an announcement from Jim Carabin, vice president and general manager of Crimson Tide Sports Marketing, Gold has been dealing with health issues.

RELATED: TE Irv Smith had thumb surgery, but should be ready for Vikings’ regular season

He will be sidelined to begin the 2022 season for Alabama football. Chris Stewart will serve as the next man up.

He anchors the football broadcast for the Tide and is the play-by-play commentator for Alabama basketball and baseball. Stewart will also fill for Gold as host for “The Nick Saban Show and “Hey Coach” radio broadcasts when it returns on Thursday, August 18.

Stephen M. Smith is the managing editor and senior writer for Touchdown Alabama Magazine.  You can “like” him on Facebook or “follow” him on Twitter, via @CoachingMSmith. Eli Gold, long-time voice of Alabama football, is battling health issues