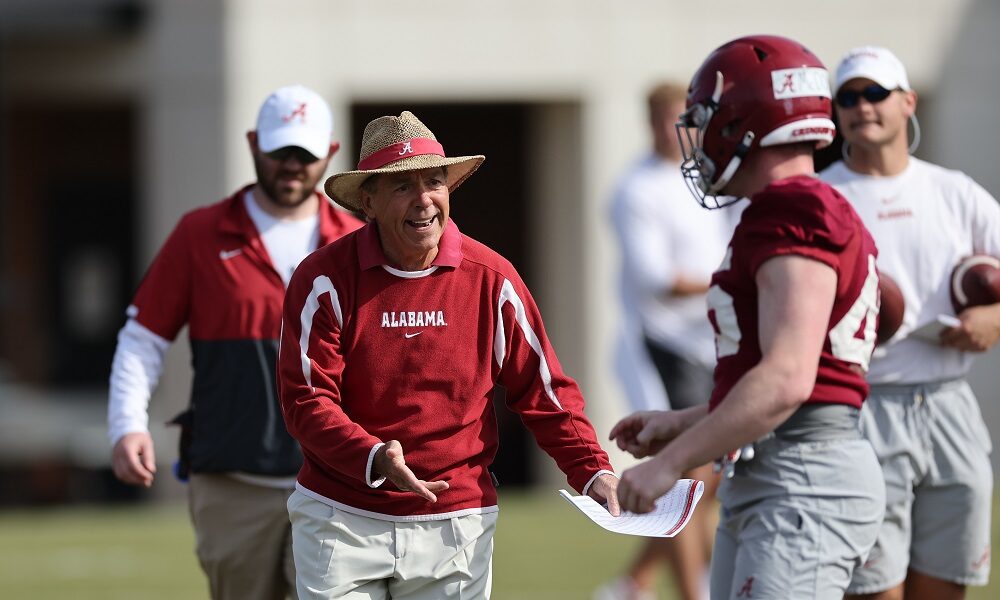 He took the stage at Bryant-Denny Stadium for the annual Nick’s Kids Foundation luncheon to give back to the youth in the Tuscaloosa area, but Nick Saban confirmed something all Alabama fans spoke about this offseason.

On Wednesday, he was on WJOX 94.5 in Birmingham with Greg McElroy and Cole Cubelic.

RELATED: Nick Saban on Eli Gold: ‘our thoughts and prayers are with him’

Crimson Tide fans viewed last year as a rebuilding season for Alabama. Coach Saban replaced starters at quarterback, running back, wide receiver, offensive line, and middle linebacker. The Tide brought in two transfers, Henry To’oto’o and Jameson Williams, but it won the Southeastern Conference and made the College Football Playoff. Several people may say something, but it clicks more when Saban confirms. He told McElroy and Cubelic that 2021 was a “rebuilding year,” but he’s excited about the fall.

Nick Saban just told us on @macandcube that

“Last year was a rebuilding year”

“I am excited about the guys that are new to our program,” Saban said. “I am excited about the young players we’ve had to develop, and which one of those guys will be able to contribute. We have had a lot of freshmen play here and contribute to the success of the team. Our upperclassmen positively embrace these guys. I think that is a good thing for our program, so hopefully, we will have some of those guys emerge. We should have nine starters back on offense and nine on defense, but six guys went out early for the draft. Now, we have five back on offense and seven on defense. That creates a few more question marks, but it also creates opportunities for other players to shine in the program and contribute positively.”

The Tide accomplished a lot in 2021, but the ultimate goal did not get met.

Saban made some changes to his coaching staff, bringing in Eric Wolford (offensive line), Travaris Robinson (cornerbacks), Coleman Hutzler (outside linebackers/special teams), and Joe Cox (tight ends). He loves the energy all bring to the team as Alabama looks to return in full force. National media believes the Tide will win a national championship this season.