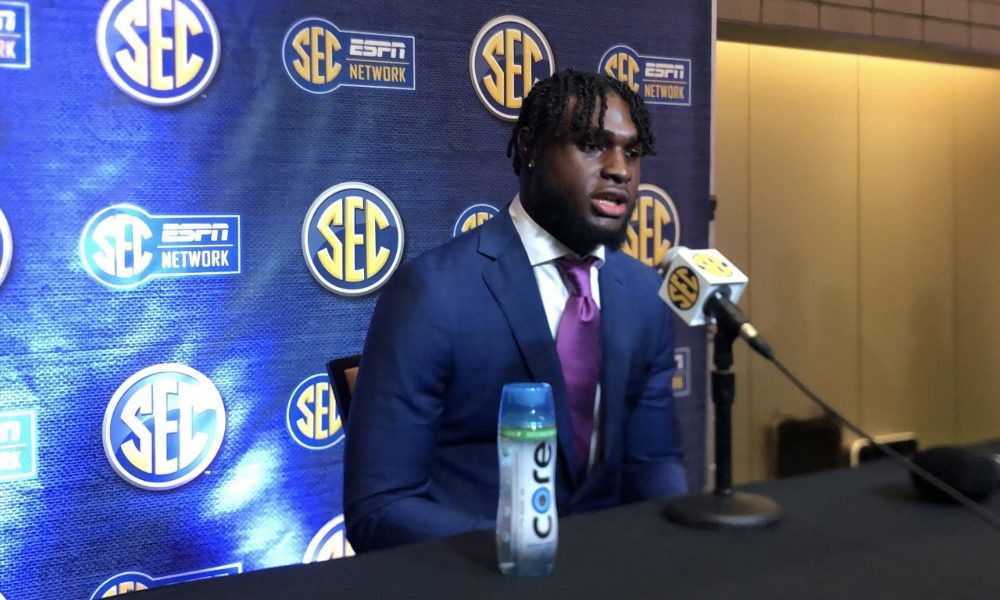 Bryce Young is Alabama’s NIL king, but another player is seeing his opportunities for compensation grow.

Will Anderson Jr., an outside linebacker, signed autographs for children at Wednesday’s annual Nick’s Kids Foundation at Bryant-Denny Stadium. He wore a shirt that represents his latest NIL deal. Anderson is a Rhoback Athlete as he landed an opportunity with the exclusive apparel line. Rhoback specializes in creativity, and it has clothing that suits all styles.

We are beyond pumped to welcome @will_anderson28 to the Rhoback fam

A contender for the Heisman, we couldn’t think of a more fitting student-athlete to help headline the Rhoback U program. More to come 💯🐘 #rhobackU #rhoback #craveactivity pic.twitter.com/e7Xw2AbMTg

They have polos, hoodies, q-zips, hats, t-shirts, and clothes for women. Rhoback believes in fashion that can transition to whatever activity or moment a person is in. Anderson can go from sacking quarterback, stuffing running backs, and making tremendous plays on defense to wearing a comfortable shirt at any event. He is the Crimson Tide’s defensive captain and one of the leaders on a team that wants to win a national championship. The growth of his NIL opportunities allows him to not focus on the NFL Draft right now. He loves college football and looks to do everything he can to bring another national title to Tuscaloosa.

Anderson won several individual honors in 2021, including the Nagurski Award, SEC Defensive Player of the Year, and Unanimous First-Team All-American. He was also a finalist for the Heisman Memorial Trophy.

Anderson is comfortable rocking fashion, but his joy comes on the field.

He starts fall camp today for the Crimson Tide.