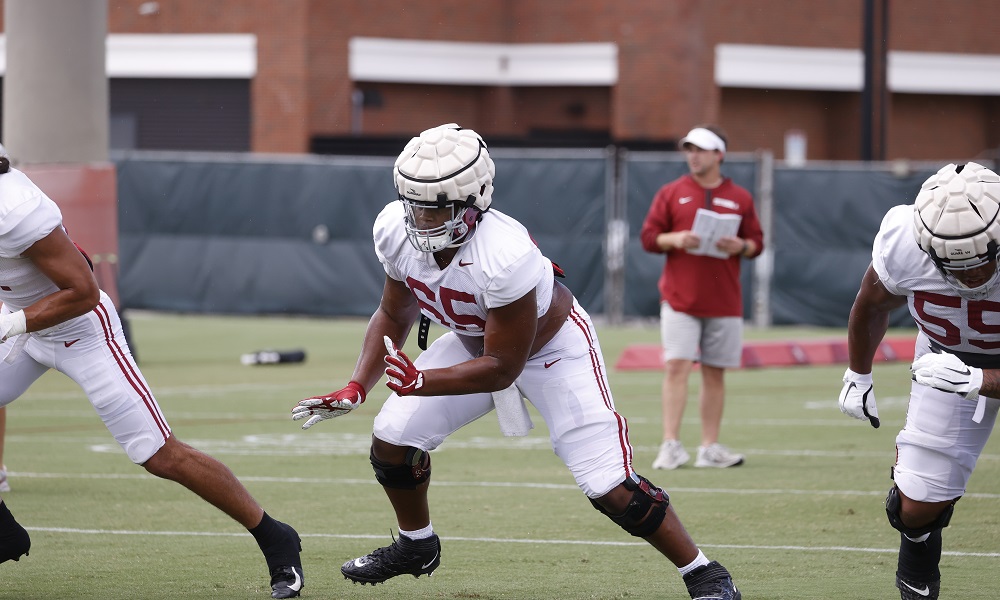 The Crimson Tide’s sophomore offensive lineman, JC Latham sits at No. 30 on our list.

The former five-star recruit saw limited snaps during the regular season of his freshman year. He played in 14 games for the Crimson Tide, mostly on special teams and as a reserve guard. An injury to Alabama’s right guard, Emil Ekiyor, in the CFP Semifinals allowed Latham to see significant snaps against the Cincinnati Bearcats. Alabama finished the game with 301 yards on the ground and 181 passing yards. Latham did not give up a sack.

Alabama’s offensive line is looking to show improvement this upcoming season. It returns starting guards, Emil Ekiyor and Javion Cohen. The Tide also returns two solid centers in Darrian Dalcourt and Seth McLaughlin. After losing Evan Neal and Chris Owens, there are question marks surrounding both tackle positions for the Tide, which opens up an opportunity for Latham.

The IMG Academy product possesses the length to line up at both tackle spots at 6-foot-6 and 326 pounds. He has long arms and is an agile athlete with a basketball background. He was one of the better pass-blocking tackle prospects coming out of high school a couple of years ago, and he has continued to grow as a run blocker.

Look for Latham’s name to be in the mix to be an opening day starter for Alabama this upcoming season.