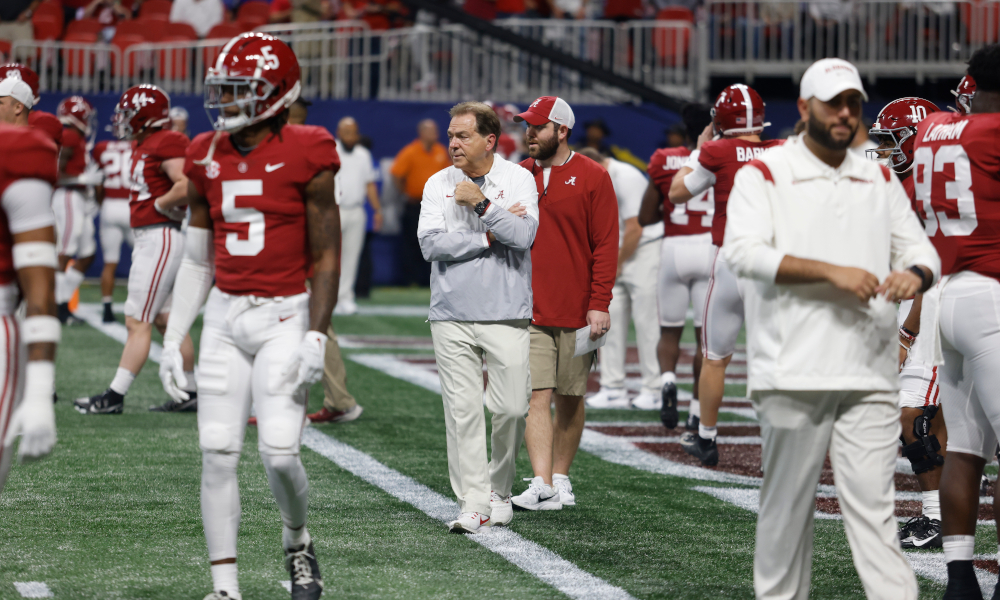 The standards at Alabama clearly don’t resemble the majority of teams throughout college football, and where some would use a national championship loss as a benchmark game, it’s simply not good enough in Tuscaloosa.

Head coach Nick Saban has said prior that he leaves it up to each individual player to find their own source of self-motivation whether it be accomplishing the task at hand or using last season’s loss as fuel. But that hasn’t stopped the Crimson Tide from letting each other forget how last season ended.

During the team’s player interviews on Friday, it was shared that Alabama actually keeps its runner-up trophy, otherwise known as the “participation trophy” on display in the team’s cafeteria for all to see.

“It’s a participation trophy,” offensive lineman Emil Ekiyor said.” You made it but you didn’t do anything. You didn’t win. I wouldn’t say we fully turned the page but there’s always going to be something that externally motivates us. Yeah, that’s all I’ve got to say.”

Losing is an unfamiliar feeling in Tuscaloosa, and even though there is a great deal of focus on the weeks to come, the loss of last season will still be present throughout the team’s new journey.

“It has a sign under it says ‘Participation trophy. Are you happy with it?'”, Ekiyor said. “So it’s a little motivation just to see that every day just to remind you this is what we’re really working for, to change the outcome of the season and focus is the best it can be this year so we ultimately have a different outcome at the end of the year.”