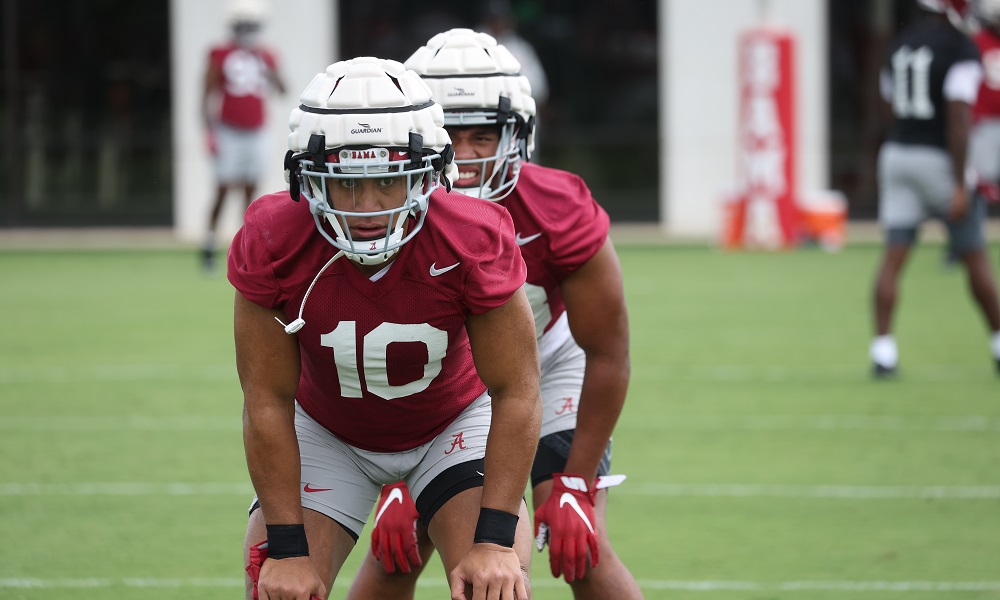 Henry To’oto’o arrived as the new guy on defense for Alabama via the NCAA transfer portal in the summer of 2021.

He came as an instinctive and productive linebacker from the University of Tennessee. People expected him to dominate immediately as a signal-caller for the Crimson Tide, but it took the California native a while to adjust. To’oto’o started playing his best football late in 2021, helping Alabama win a Southeastern Conference title and advance to the College Football Playoff.

He finished his first season at Alabama with 113 tackles, 8.5 tackles for loss, four sacks, two quarterback hurries, two pass breakups, and a forced fumble. To’oto’o received second-team All-SEC honors, and his performances down the stretch allowed him to earn a few spots on preseason award watch lists for this year. Some national media pundits believe he can be a first-round pick, but To’oto’o has to be consistent from start to finish. He has bought into no longer being a transfer but has embraced the University of Alabama as home. To’oto’o will march with his degree this weekend.

“I am super excited about getting my degree from Alabama and being part of this family,” To’oto’o said Friday in player interviews. “

Alabama’s defense had inconsistent moments early in 2021, but it started to play better late in the season.

To’oto’o said players are bonding more together, and it’s critical to becoming a national championship group.

Coach Nick Saban said last year was a ‘rebuilding year’ for the Tide.

Alabama won 13 games, an SEC Championship, and got a Heisman Trophy winner, but the team did not perform to its potential. To’oto’o said rebuilding looks different everywhere, but he knows the expectations on the Crimson Tide every year to win.

“You have to live up to the Alabama standard,” he said. “That is competing every day, giving championship effort every day, and competing your tail off. That is one thing we took from last year and are focused on this year. I am super excited about this year. We have a lot of key players that will play a part, and we will keep rolling.”

To’oto’o is more comfortable at Alabama, but he looks forward to showing NFL scouts his versatility as a linebacker.

During the offseason, he trained with a pass-rushing specialist and developed some moves to help him. He is excited to increase his sack total from 2021 and compete with Will Anderson and Dallas Turner in getting to quarterbacks.

He feels more comfortable in the system, and the guys around him have bought into a focused mentality. If he has a dominant year at middle linebacker, Alabama should have a top-five defense across the board in college football.