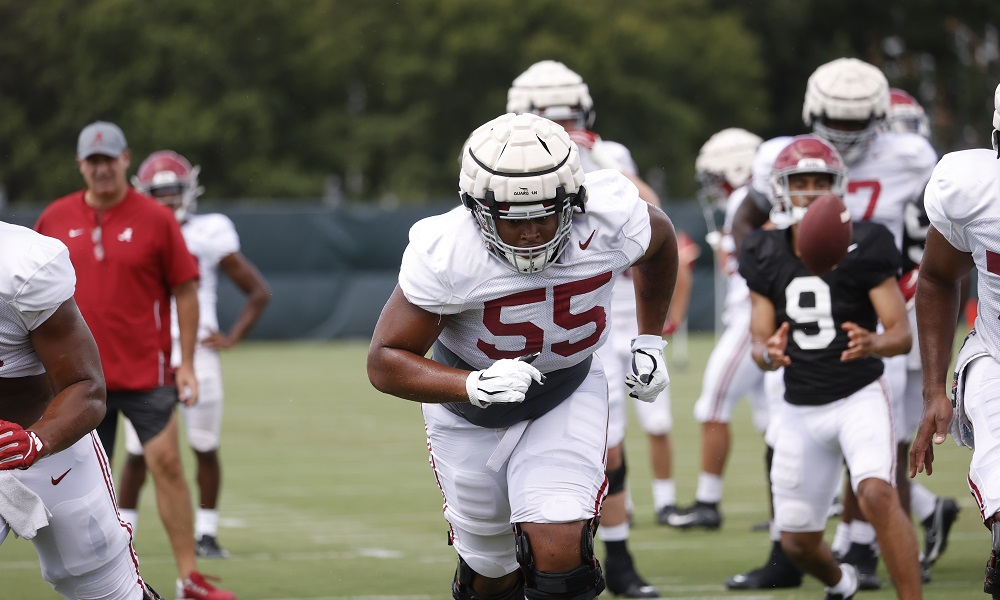 The Crimson Tide’s squad in 2020 pushed together as a team, and young players responded well to experienced veterans. Last year, most players were about the team, but some were about themselves. Alabama lacked consistent discipline and focus, which led to it losing to Georgia in the CFP National Championship matchup in January. The Tide has a reminder of its shortcoming in the cafeteria inside the players’ facility. A participation trophy from the playoff stares players in the face each day.

Emil Ekiyor, a senior offensive lineman, said it is a motivating factor.

Alabama wants to do more than participate in the playoff; it wants to win a national title. A championship team starts with a mindset in more ways than one. One method the team has adopted is looking like a team.

“Leadership plays a huge role on this team,” Henry To’oto’o said Friday. “Being a leader is hard, doing the right things all the time, and trying to bring guys with you. As a leadership group, we’ve done a great job setting a standard, telling guys that the little things matter, tuck in your shirt, wear the right socks and shoes takes us a long way. Guys have embraced it.”

Ekiyor said this team comes down to discipline.

“Sometimes you have to do things you don’t want to,” he said. “Guys want to look cool with the shirt out, but tuck it in. They don’t want to do it, but it comes down to discipline. That comes to the field too. I’m tired as hell, but am I going to do the right thing and make this block? Coach Saban has this mindset and wants everyone to have the same. The little things matter.”

Alabama wants discipline in every facet. To’oto’o and Ekiyor said shirts are in during weight training, film room, position meetings, team meetings, and on the field.