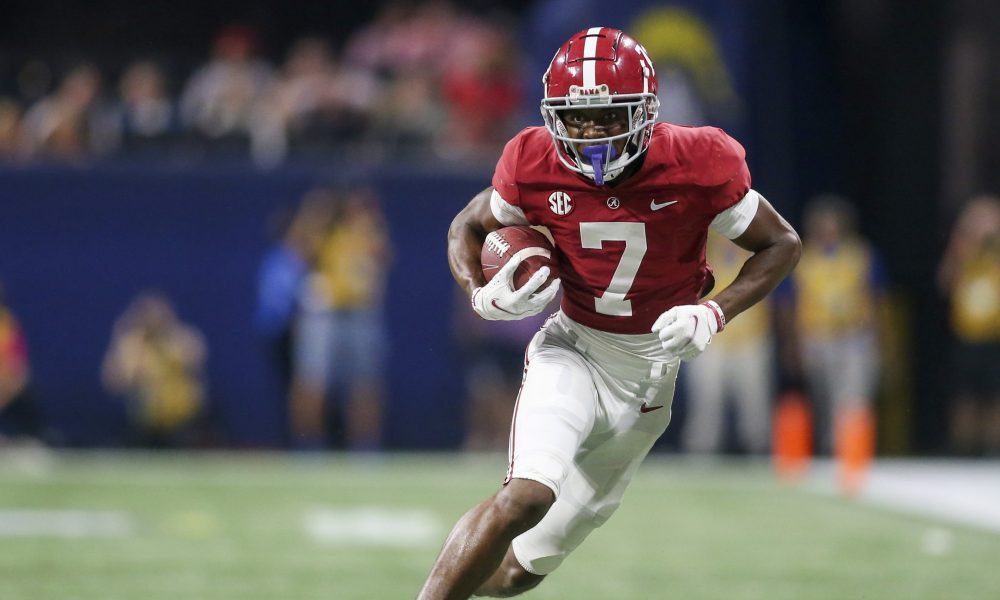 Alabama fans do not like it, but injuries have been a common factor in preseason camp.

Cameron Latu, a senior tight end, is the most significant. He is dealing with a ‘minor knee injury’ from ten days ago.

According to Saban, Latu will ‘miss some time’ in camp and is day-to-day.

He could be out for a couple of weeks. Latu caught 26 passes for 410 receiving yards and eight touchdowns in 2021. His absence creates an opportunity for Miles Kitselman (transfer), Robbie Ouzts, Elijah Brown, Amari Niblack, and Danny Lewis Jr. A reliable tight end is a quarterback’s best friend, and Bryce Young wants to have Latu on the field. He should be healthy toward the end of camp heading into the season opener versus Utah State. We will see who steps up in his absence.

Tyler Harrell, a transfer from Louisville, got to the Crimson Tide in the summer.

RELATED: Pete Golding on DUI arrest: ‘I was wrong, and I’ve got to suffer the consequences’

He averaged 29.1 yards per catch and totaled six touchdowns as a receiver.

Harrell is an elite speedster, but Saban said he’s been ‘in and out’ of practice. He is not at 100 percent yet, and Jermaine Burton leads all receivers in consistency. Traeshon Holden, Christian Leary, JoJo Earle, and Ja’Corey Brooks have a chance to snatch a position. All four players have experience in the system, and Brooks had two touchdowns last year.

Leary put on a show in the A-Day Game, tallying 106 yards receiving and a touchdown.

Alabama will also be down four rookies for a while. Aaron Anderson (knee), Isaiah Hastings, Elijah Prichett (pectoral), and Earl Little Jr. (shoulder) all sustained injuries in the summer. The Tide has depth across the board, so these injuries are not detrimental. Anderson’s injury opens a door for Isaiah Bond, Kendrick Law, Kobe Prentice, and Shazz Preston.

Hastings, Prichett, and Little have players ahead of them at their positions.

They can use this time to heal and return to the field soon. Anderson will also be able to fight his way in for reps. No one likes injuries, but Latu is the only significant player on this list. Alabama looks to have him return to camp soon.