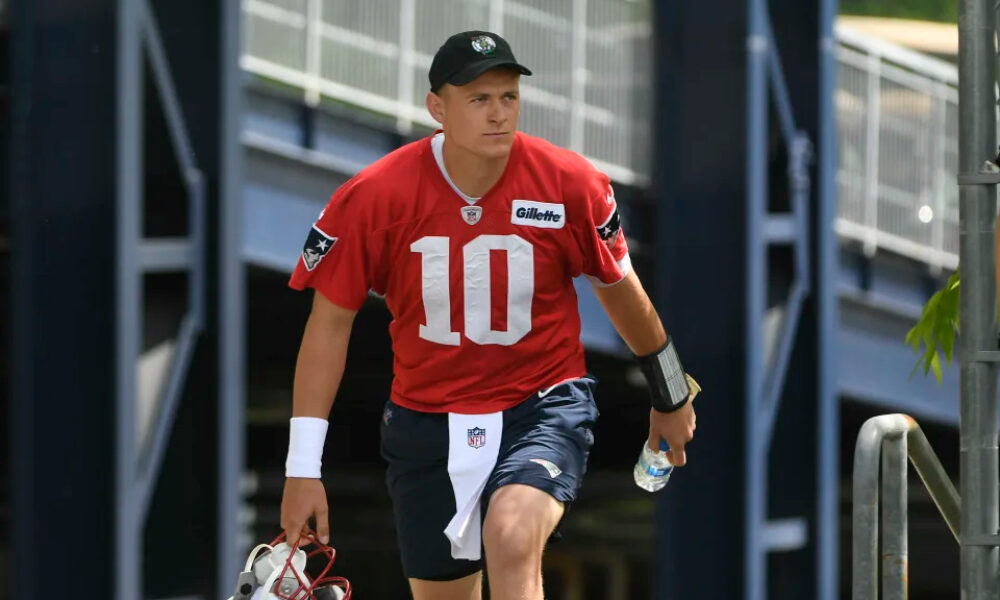 Since the Patriots began its training camp the 11 on 11 section of practice has been staunchly one-sided. There has been a flurry of reports and updates discussing the team’s struggles offensively, particularly in pass protection.

Patriots No. 1 offense today has been distressingly bad. Run stuffs. Aborted plays. Would-be sacks. Distress lobs into traffic just to get ball out. Beginning to feel it’s less the new offense and more the post-Scar cycle of OL coaches. They are perpetually overwhelmed.

But quarterback Mac Jones doesn’t quite see it the same way and after a better day on the practice field, Jones said that the team is very close to figuring things out.

“Yeah I think every day you watch the film, and it’s that 2 percent like I was talking about,” Jones said according to CBS News. “We’re close and we just gotta get there and buy in and trust it and trust what we’re supposed to do and just do our job.”

Former defensive coordinator Matt Patricia and former special teams coach Joe Judge have aided in the offensive duties with Jones throughout training camp too much criticism and questioning.

Through the difficulties so far, Jones vows that he will figure things out in the new offense.

“Yeah, I mean, I’m gonna figure it out,” Jones said. “I always have and I always will. And at the end of the day, you’re gonna have your ups and downs with anything new, but I’ve learned a lot of different systems and guys around me have too. We know what football looks like. We know what a good play looks like and the schematics behind it. It’s not just the result; it’s the process of how looks.”