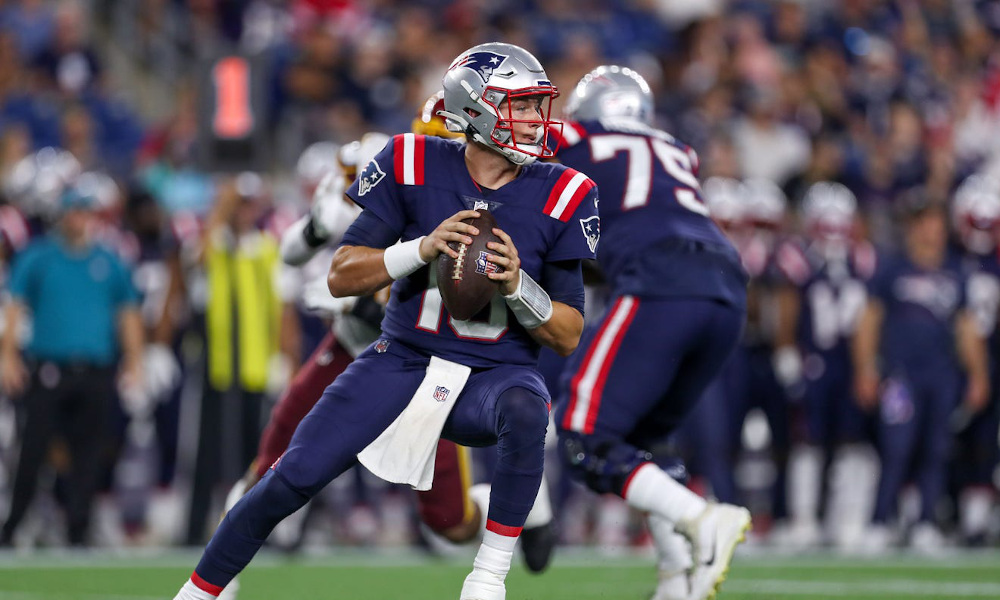 The New England Patriots will not play its first-round pick quarterback in Thursday’s preseason game against the Giants.

According to ESPN’s Mike Reiss, Mac Jones is not expected to play. He improved his body and got better communication with his teammates in the offseason. Bill Belichick likes what he sees in Jones, but he’s choosing to rest him. As a former College Football Playoff National Champion at Alabama, Jones set franchise rookie records for the Patriots in 2021 — helping it to the playoffs.

QB Mac Jones and most Patriots starters aren’t expected to play in tonight’s preseason opener, sources tell me and @DanGrazianoESPN.

Joint practices against the Panthers next week, then the Raiders the following week.

Patriots No. 1 offense today has been distressingly bad. Run stuffs. Aborted plays. Would-be sacks. Distress lobs into traffic just to get ball out. Beginning to feel it’s less the new offense and more the post-Scar cycle of OL coaches. They are perpetually overwhelmed.

People expect Jones to take another step forward in the fall after making the Pro Bowl as a rookie.

New England will have joint practices with the Panthers next week and Raiders the following week.

Jones will be in action for those.