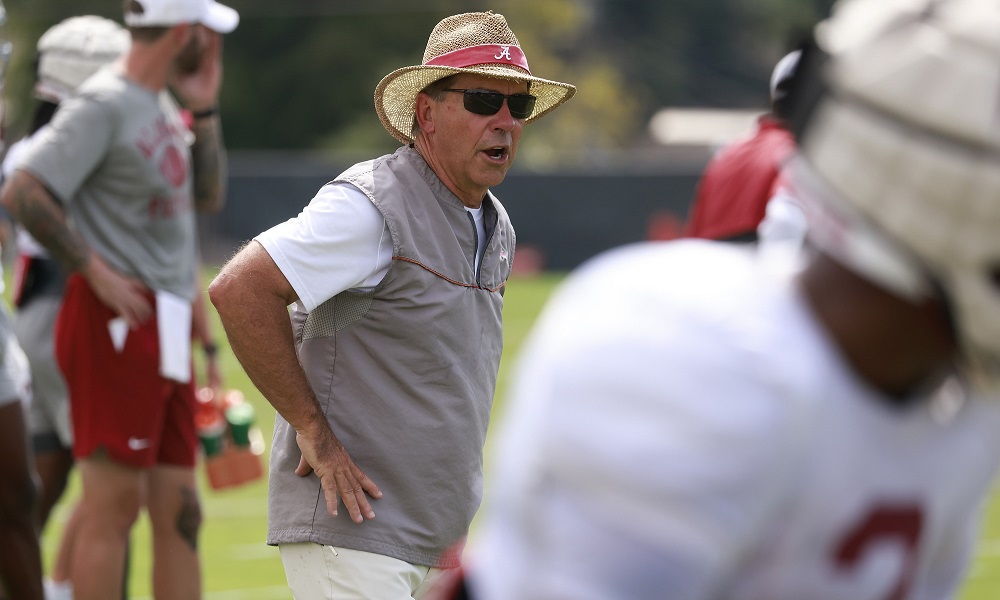 Over his 15 seasons at Alabama, Nick Saban has not only had to recruit the top talents in the nation to help replace his players who’ve moved onto the NFL but he’s also scoured the nation to fill the gaps on his coaching staff.

Saban has seen 18 of his former assistants alone move on to become head coaches at the college or pro-level so when the seven-time national champion is impressed by a young coach’s ability then he could be something special.

On Sunday during Alabama’s media day, Saban singled out tight end coach Joe Cox when discussing his four new additions to the staff sharing his excitement to have in with the Crimson Tide.

“Coach Cox is probably one of the brightest young guys that we’ve seen in a while,” Saban said, “so we’re glad to have him on the staff.”

This wasn’t the first time Saban had gleefully praised the former Georgia quarterback, as he shared a similar opinion to the media back in March during the team’s spring practice.

“I think Joe Cox is one of the bright young guys,” Saban said. “I’ve been very impressed with his knowledge, and I think he’s going to help us.”

This isn’t Cox’s first go-around in the SEC as a coach either as he served as the wide receivers coach under Will Muschamp at South Carolina staff in 2020. Following Muschamp’s firing, he went and coached tight ends at Charlotte.

With the kind words from Saban, the 35-year-old will be one of the coaches to pay close attention to this upcoming season and in the future at Alabama.