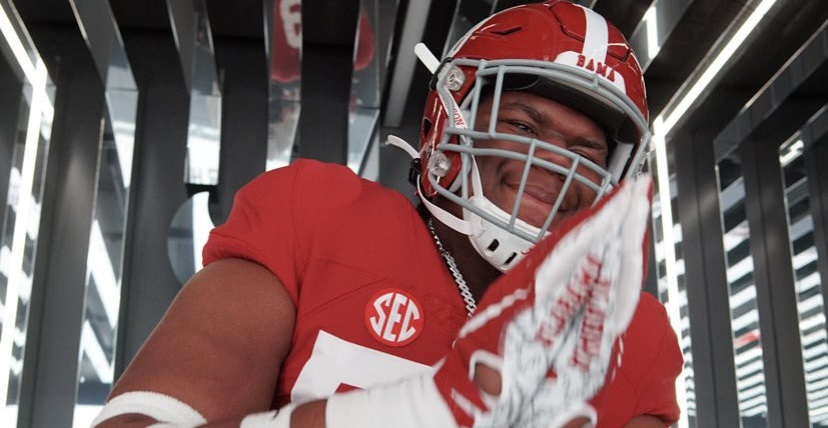 McVay, who attends East St. Louis High School in Illinois, is Alabama’s 19th 2023 verbal commit, and he is the Crimson Tide’s fourth offensive lineman pledge. He chose Alabama over Michigan State, Oregon and others.

The four-star recruit earned an offer from Alabama after an impressive camp performance last summer. He continued to receive a lot of interest from the Tide’s coaching staff during the following months. Nick Saban and Alabama’s former offensive line coach Doug Marrone visited East St. Louis High School in January before McVay returned to UA in January for an unofficial visit.

After Marrone departed from Alabama, Freddie Roach and Alabama’s offensive line coach Eric Wolford continued to build their relationship with McVay. Wolford had a previous relationship with the new Alabama commit.

“They always say why not Bama,” McVay said when discussing Alabama’s pitch to him ahead of his decision. “They talk about the SEC, going up against those guys. They talk about Dallas Turner being there and them recruiting defensive linemen who I can go up against every day. That has been their pitch along with National Championships and that is the best pith you can give somebody.”

McVay is listed at 6-foot-7 and 340 pounds on East St. Louis’ roster. He primarily lined up at tackle as a junior.