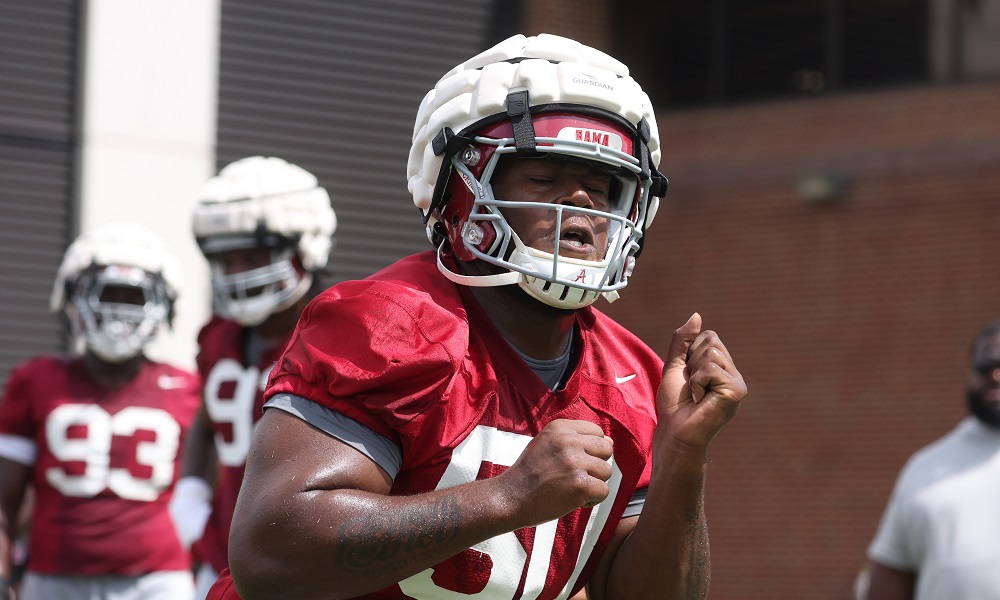 Following defensive back Khyree Jackson, coming in at No. 25 is defensive lineman Tim Smith.

Leading into 2022, Alabama is in need of depth on the defensive line and specifically a consistent pass rush in the middle. Junior Tim Smith could be the answer to both of the unit’s issues as he now has a deeper understanding of Pete Golding’s system.

Smith has been a player Crimson Tide fans have been looking forward to seeing and from his measurables it’s easy to see why. The 6-foot-4 defensive tackle has solid power and agility in the middle of the defense feeding into his best trait as a defender being his pass rush.

Despite spending three seasons and appearing in 28 total games, Smith hasn’t partaken in a ton of serious playing time throughout his career. Being a regular in the rotation will help with his consistency throughout the season and he will have a great opportunity this fall to fill the pass rush role for Alabama.