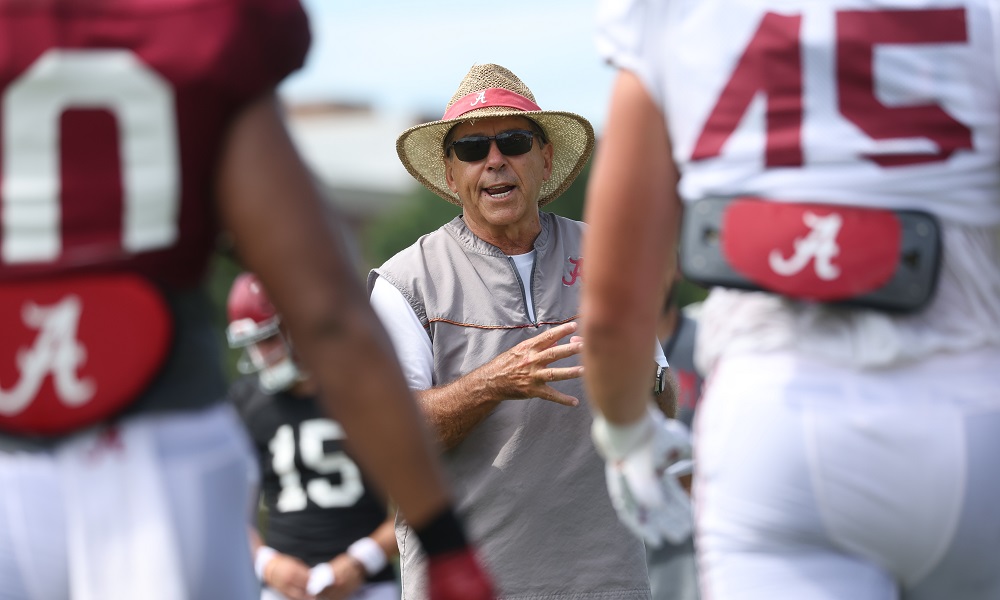 Nick Saban is getting the freshmen and transfers into the Alabama football culture.

As we are in preseason camp, he is teaching players the “Yea Alabama!” fight song. After Wednesday’s practice, Saban had the Million Dollar Band lead the 2022 recruiting class in singing the song. The freshmen and transfers featured in the video per Alabama football’s Twitter included Jaheim Oatis, Jahmyr Gibbs, Jihaad Campbell, Emmanuel Henderson, and Kobe Prentice.

The Tide will have transfers and a few freshmen make an impact on this team.