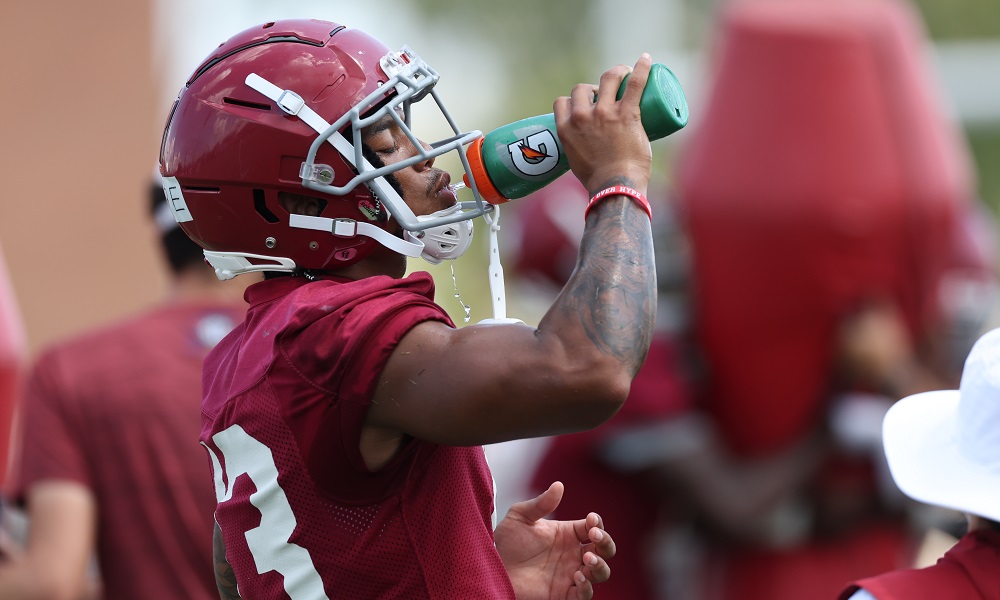 Coach Nick Saban addressed reporters on what happened, but the Crimson Tide’s social media released a video recapping the game-like practice. A few moments stood out in the 54-second clip, including Bryce Young connecting with Traeshon Holden, Jake Pope with an interception, Kobe Prentice catching a pass, Emmanuel Henderson playing receiver, Jahmyr Gibbs showing marquee speed, and Ty Simpson demonstrating improved arm strength. Saban is not disappointed about where the team is, but he wants to see where it ends up after fall practice. Alabama has its eyes on a national championship after falling short in 2021.

It will be interesting to see how many players step up for this team.