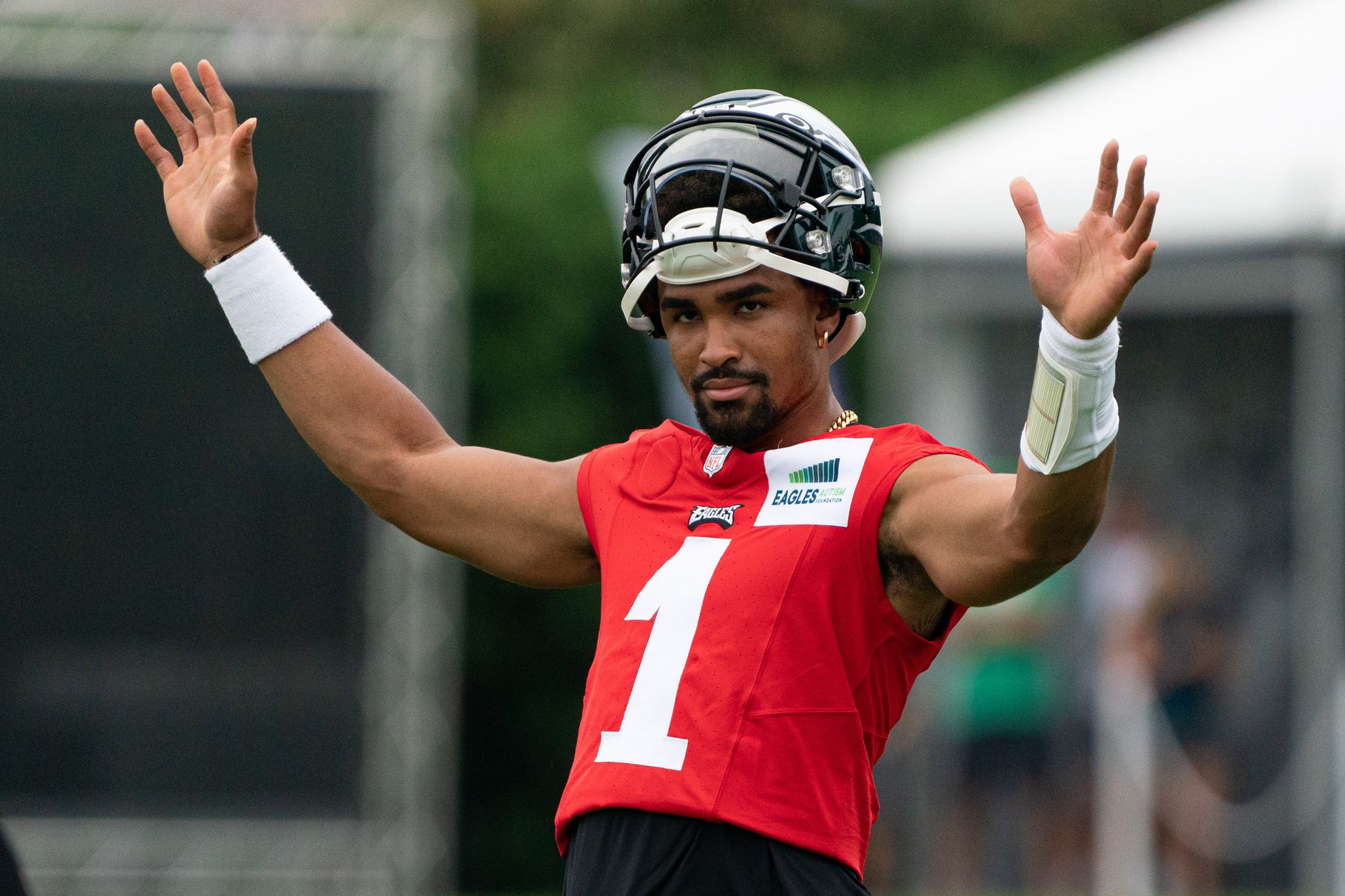 Jalen Hurts has been on fire throughout the offseason. His leadership and relationship-building skills have brought the Eagles and communities in Philadelphia together. Hurts’ command of the offense has fans excited about what Philadelphia could do in the fall. He has improved his accuracy, and a teammate spoke about it after Tuesday’s interview with Eagles beat reporters.

Made some really nice throws. The AJ TD was a special throw.

He definitely gets an A for today #Eagles

He did not throw an interception. Zach Pascal, a wide receiver for the Eagles, said Hurts’ deep ball accuracy is ‘amazing.’

“A lot of his throws have been accurate,” Pascal said about Hurts.

“I see him getting better every day, and the work he puts into it trickles down to the whole team.”

Hurts is about showing the league he’s one of the young quarterbacks on the rise. After having a good showing versus the New York Jets in preseason action, he wants to continue stacking successful outings.