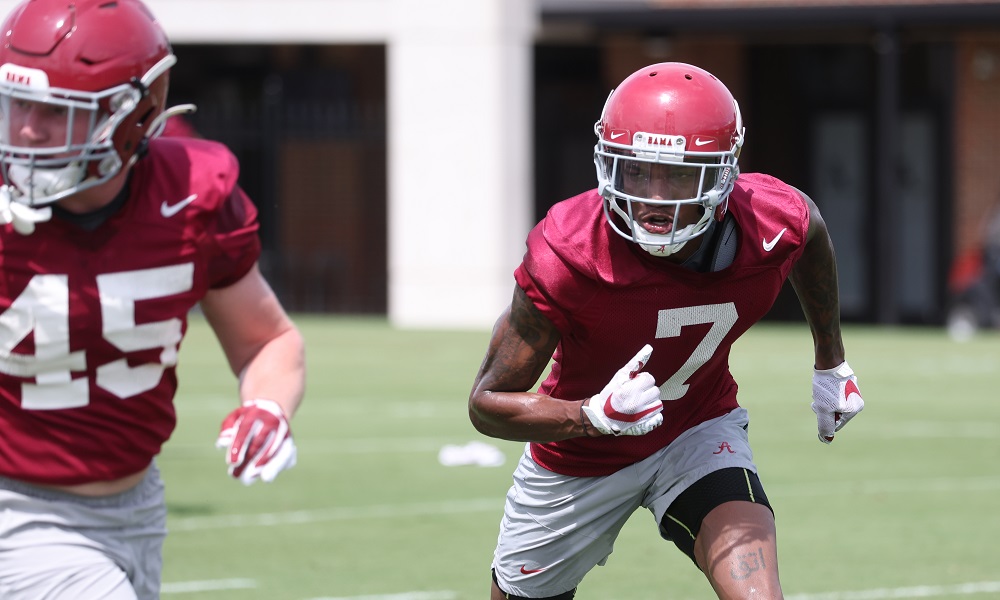 Alabama’s secondary took another his following its scrimmage last week.

Ahead of the first of two scheduled scrimmages of fall camp, Nick Saban shared that senior defensive back Khyree Jackson missed the session with a groin injury. But following the scrimmage, the Crimson Tide saw fellow defensive back Eli Ricks suffer a back injury.

Saban revealed on Wednesday during his press conference that the LSU transfer has not practiced since the first scrimmage but he doesn’t expect it to be a serious issue.

“He hasn’t been able to practice since the scrimmage,” Saban said. “He’s got a little back problem. I don’t think it’s anything that’s gonna keep him out for a long time.

Prior to his injury, Ricks was continuing to learn Alabama’s defensive playbook after two seasons with the Tigers. With his injury, Saban wasn’t able to comment on his progression since the last scrimmage.

“Until he gets out there on the field and can continue to make progress, I can’t really comment on that,” Saban said. “I was not disappointed in the way he played in the scrimmage. I think there’s a lot of competition at that position, and I can’t tell you who would be the starting corners at this point.”