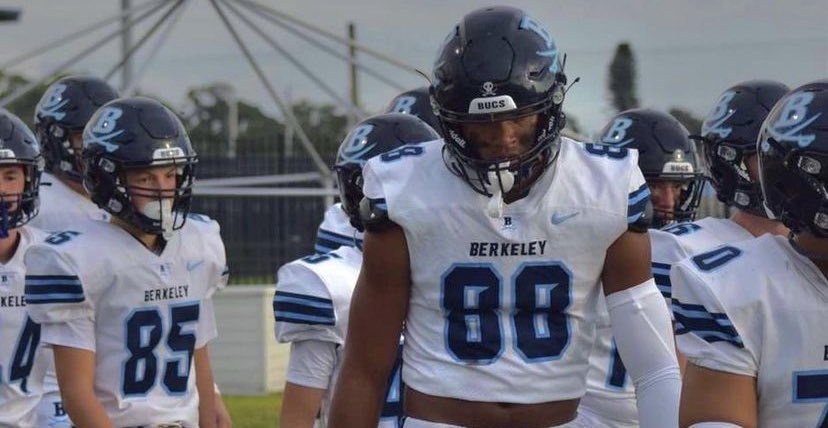 Keeley attends Berkeley Prep High School in Florida, and he is a five-star recruit. He verbally committed to the Fighting Irish in June of 2021. Alabama offered Keeley in January after he had a dominant junior campaign.

The five-star recruit visited Alabama soon after receiving an offer from the Tide. He said he got an opportunity to learn about what the Alabama football program offers its athletes on and off the field during that visit.

“I feel Alabama offers things off the field that are extremely useful in life and football,” Keeley told Touchdown Alabama. “The visit went well. It was a great atmosphere, and I experienced a lot of cool things.”

Keeley returned to UA in July for an unofficial visit. After his July visit, multiple Alabama commits begin to campaign to get Keeley to flip to the Crimson Tide.

The senior is listed at 6-foot-6 and 240 pounds, and he is one of the most dominant edge-rusher prospects in the 2023 recruiting class. He models his game after strong and lengthy edge rushers like former Alabama outside linebacker, Terrell Lewis.