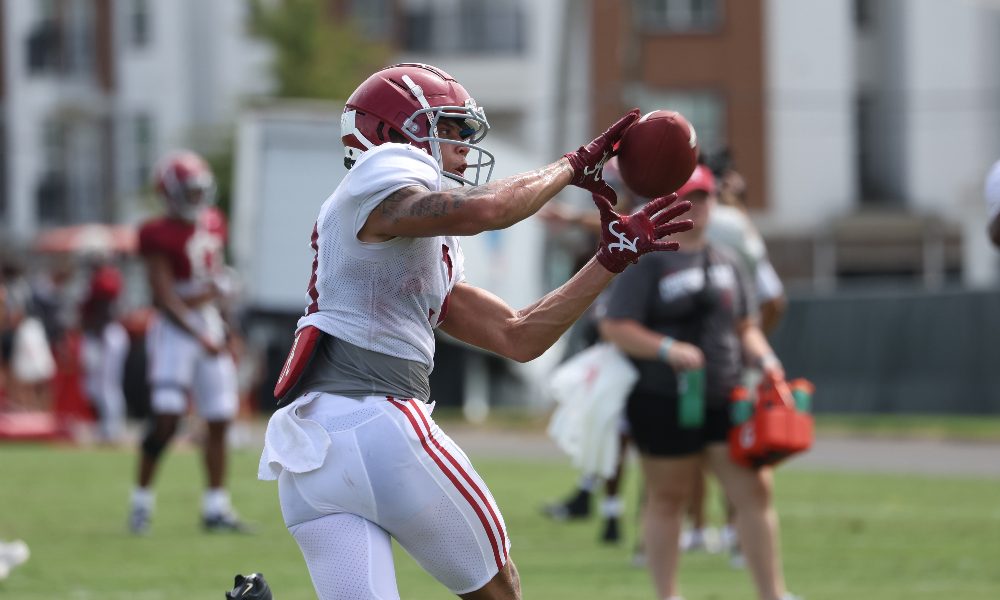 There has been a ton of competition at both the wide receiver and cornerback positions for Alabama throughout fall camp and both position groups are working to strengthen each other.

But the receivers got the best of the corners at practice as Georgia transfer Jermaine Burton went up and over sophomore Kool-Aid McKinstry for a ridiculous catch. The video can be seen from the practice footage released by Alabama below.

Jermaine Burton MOSSED Kool-Aid McKinstry on this play in practice 🤯

Burton has been praised by head coach Nick Saban as the team’s most consistent receiving option throughout fall camp.

McKinstry is one of Alabama’s most experienced cornerbacks returning and a former five-star recruit which makes Burton’s play that much more impressive.