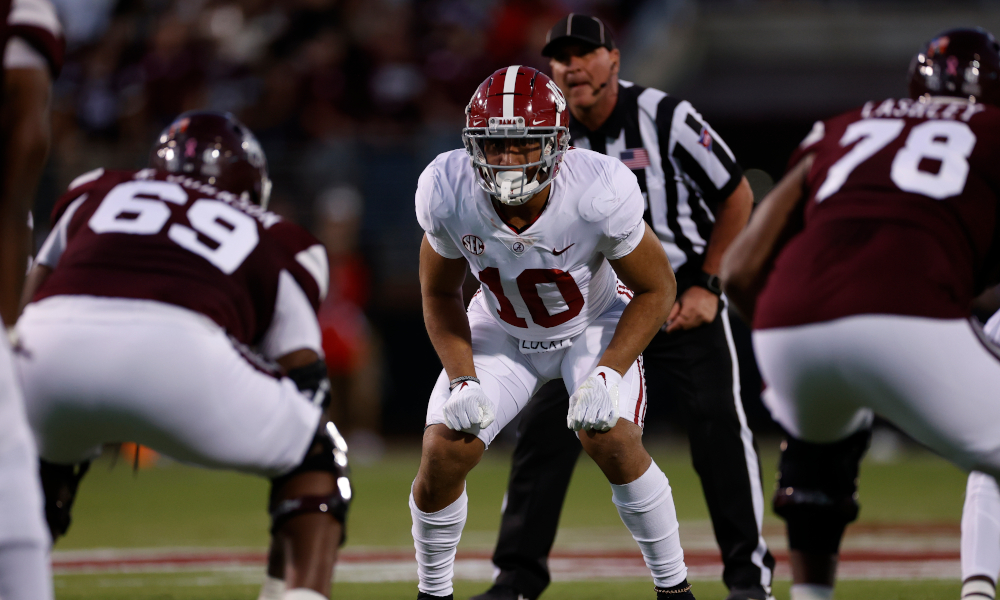 Alabama football has two preseason candidates for the Polynesian Award.

The honor, which the Polynesian Hall of Fame presents, goes to the most outstanding Polynesian college football player that epitomizes great ability and integrity. Tua Tagovailoa, a former Alabama quarterback, was the most recent Crimson Tide player to win the honor in 2018. He totaled 3,966 passing yards, 43 touchdown passes, and 48 total touchdowns.

RELATED: Kool-Aid McKinstry has a prime opportunity to lock up a starting spot in Alabama’s secondary

Henry To’oto’o (linebacker) and Cameron Latu (tight end) are candidates for the Polynesian Award. To’oto’o, a linebacker, returned for his senior year. He could have pursued the NFL Draft, but To’oto’o wanted to improve his leadership, pass-rush skills, and lead a top-five defense for Alabama. To’oto’o finished last year with 113 tackles, 8.5 tackles for loss, and four sacks.

Latu, a tight end, is a veteran on offense. He captured Alabama’s single-season record for touchdown catches at his position (eight) in 2021. Latu posted 26 receptions for 410 yards and looks forward to more significant numbers in the fall.

He suffered a knee injury in fall camp, but Latu is expected to return soon.